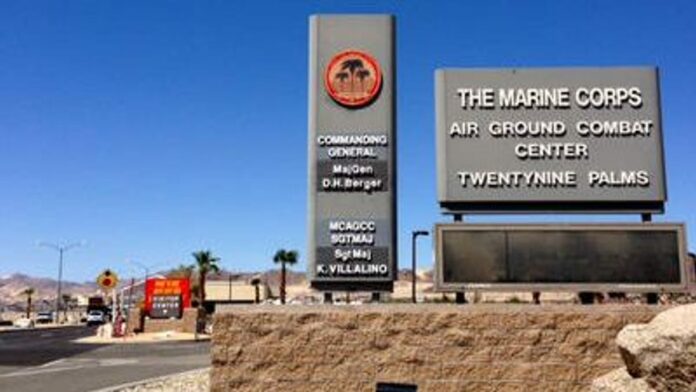 A person was hospitalized with a self-inflicted gunshot wound Tuesday morning after military police responded to reports of a possible active shooter at the Marine Corps Air Ground Combat Center in Twentynine Palms, the Marine Corps said.

“The individual is currently being treated and will be transported to a medical facility,” the Marines said in a statement. Whether the unidentified person is a civilian or member of the military is unclear.

No other injuries were immediately confirmed as a shelter-in-place order was lifted at the military base in San Bernardino County.

Gunshots were reported about 6:30 a.m. and the area was cordoned off, the news release said. The self-inflicted gunshot wound occurred about two hours later.