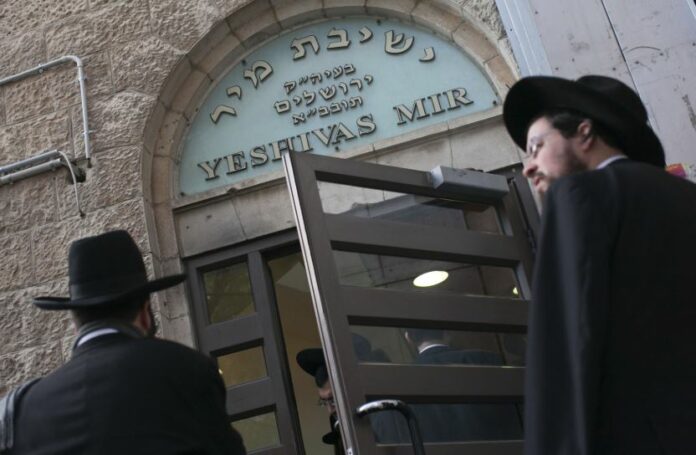 There is a tremendous crisis brewing, and for some reason, it is not being spoken about. That is, what are thousands of Yeshiva Bochurim and Seminary girls going to be doing in a few weeks from now?

We all saw the breaking reports from Israel, that Yeshivas and seminaries will be opening on Rosh Chodesh Elul. While many of the emails from various seminaries were written with glee of the amazing news that the girls can come this year, some Yeshivas – such as the Mir Yerushalayim – wrote their letters with cautionary wording.

As it stands right now, going to Eretz Yisroel to learn this Elul won’t be anything close to a picnic in the park. In fact, YWN has spoken to various Roshei Yeshiva, Magidei Shiur, Mashgichim, and Seminary owners, and many of them are not very excited with the plans (which by the way, have not yet even approved by the Israeli Government).

Every Bochur who arrives in Eretz Yisroel (to a Yeshiva that does not have a dormitory), will need to go into quarantine with 5 other boys for two weeks. After those two weeks, the Bochurim will have to travel to a facility, where his Yeshiva will be in total lockdown – no coming or going. For example, a Yeshiva in Yerushalayim would have to acquire a facility someplace, and that is where these boys will need to stay for an unknown amount of time.

Many leading Roshei Yeshiva are concerned. Is this a healthy experience? Bochurim landing in the airport and going straight into quarantine for two weeks, followed by being locked into a building for an unknown length of time? Not to make light of this situation, but Bochurim DO need to walk around Yerushalayim, they DO need to go to a falafel store, they DO need to Daven at the Kosel, and DO need to be able to have some type of freedom.

Take your average Yeshiva Bochur. He just finished the Zman, is likely heading on some Bain Hazmanim outing next week, and will return the week after. That leaves him just one more week until Rosh Chodesh Elul — WHERE WILL THESE BOYS GO TO YESHIVA? Does he have a clue?

Most of these Bochurim just spent 4-5 years in their Yeshivas until now, and nearly all do not have any program for Bochurim their age. The Yeshivas do not want them there for many reasons. There is no room. The younger Bochrim need to finally mature as the “oldest Shiur,”  and many other reasons.

This is a delicate situation that is not being spoken about, yet thousands of precious and impressionable Neshomos are on the line.

Action must be taken fast.

Askanim that YWN spoke to are wondering why many of the Yeshivas in Eretz Yisroel haven’t opened a branch in America until things go back to normal? Why aren’t existing Yeshivas in America working on opening separate branches for these Bochurim? Are there not enough talented Yungerleit in BMG that are capable of saying Shiurim for Bochurim?

Who will step up to the plate and make some drastic decisions for the seminary girls?

The clock is ticking, and something needs to happen fast.