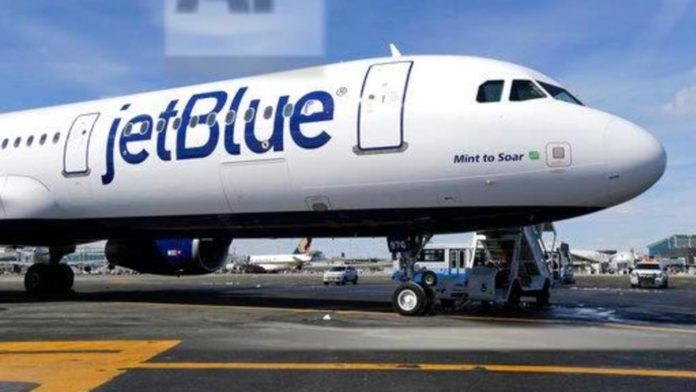 A Jewish mother and her 6 children flying from Orlando to Newark Airport were thrown off the plane over a mask issue involving a toddler.

The father tells YWN that the mom and 5 of the children were all masked-up as they headed home to Flatbush, Brooklyn, but their youngest child – two years old, was not wearing a mask.

YWN checked the JetBlue policy – available on their own website – which reads as follows: “Small children who are not able to maintain a face covering are exempt from this requirement.” 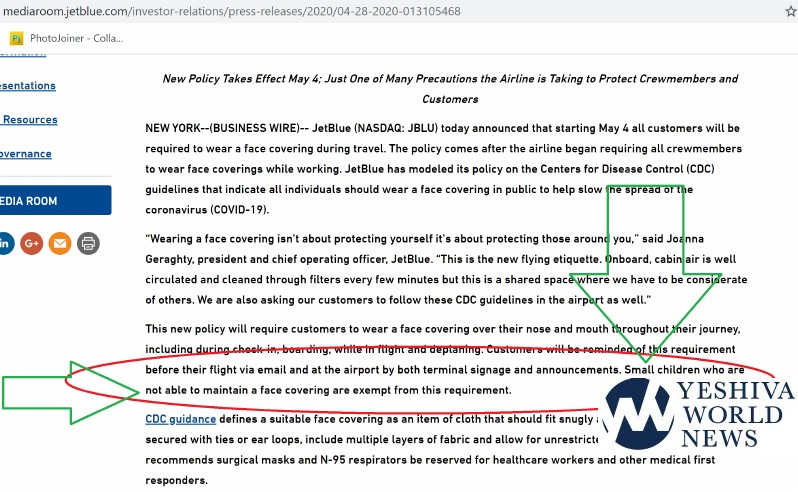 The flight attendants refused to listen to her, and demanded she get off the plane with her children. When she refused, the Captain ordered the entire flight to deplane and exit. Most people on the flight began sticking up for the woman, and screaming at the flight attendants. The screaming continued in the terminal, as irate passengers were seen on viral videos calling on everyone to call customer service and complain.

Meanwhile, the husband tells YWN that he is retaining a lawyer, and will immediately be filling a federal lawsuit against the airline.