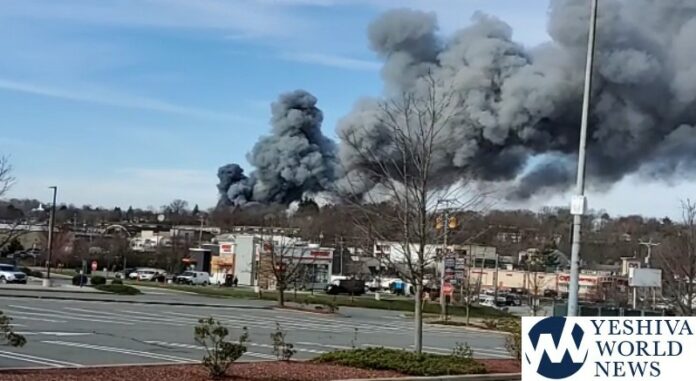 A massive fire is burning in industrial buildings in Middletown, NY, Thursday morning.

The fire is in a complex on Midland Avenue that houses a movie studio, and other commercial/industrial businesses – including some owned by Jews.

The building also has an Amazon warehouse.

Embers of the fire have started a large brush fire nearby.

Firefighters are continuing to battle the blaze as of 12:30PM.

The cause of the fire was unknown.