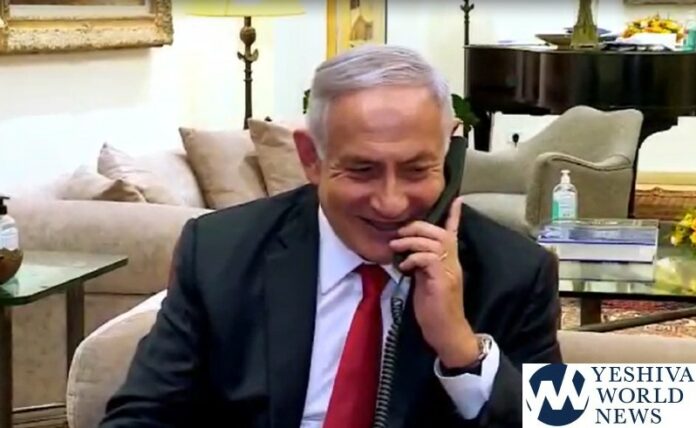 Israeli Prime Minister Benjamin Netanyahu spoke on the phone briefly with U.S. prisoner and former Israeli agent Jonathan Pollard and his wife Esther on Tuesday afternoon. The Prime Minister congratulated them both on Pollard’s freedom after the five years of his post-prison parole restrictions ended last week, and Pollard was allowed to leave his home and even the United States.

Netanyahu told Pollard that he and the rest of the country were awaiting them here in Israel and are ready for them to move. He told Pollard that Esther would receive the most advanced treatment in the world for her cancer.

“You should have a comfortable life now that both of you can pursue your interests and take care of Esther with the best medical treatment in the world,” Netanyahu said.

Netanyahu added, “We are waiting for you. I am glad your nightmare is over. It will be a big moment for all of us when you return to Israel.”

In spite of Pollard’s house arrest finally being over, he and his wife Esther are staying in the U.S. so that Esther can finish her current round of cancer treatments.