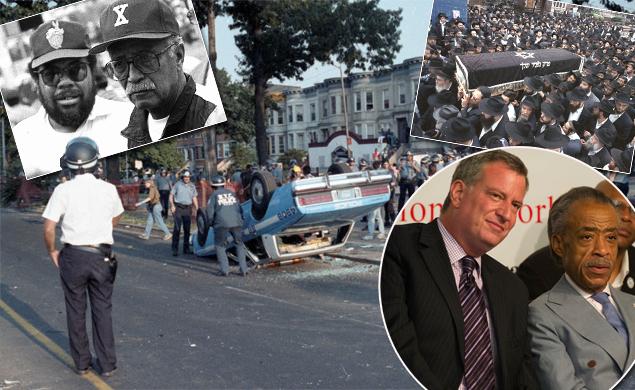 At his daily press conference on Wednesday, Mayor DeBlasio was asked by veteran Hamodia reporter Reuvain Borchardt about Former NYC Mayor David Dinkins, who passed away earlier this week.

YWN suggests to our readers that after you watch this video and read the text of the mayor’s response, you scroll down and actually read what the Crown Heights riots were, and how David Dinkins HIMSELF said in an interview with WNYC Public Radio “I screwed up Crown Heights”.

Borchardt Question: Good morning, Mr. Mayor. For many, the first thing that comes to mind when thinking of Mayor Dinkins is the Crown Heights Riot. He was quoted as telling police to “let them vent their rage,” and some have blamed him for restraining police and allowing the riot to turn into a pogrom. Now, you were an aide in the Dinkins Administration. Can you share your thoughts, both then and now, on how Dinkins dealt with the riots, and whether it in any way informed your decision-making in dealing with the riots this past summer?

Mayor Response: Well, look, we’re on the verge of Thanksgiving, and I want to be benevolent to you. And you often ask me pointed questions and I think we sometimes don’t agree, but I know you ask very honest and important questions, but I just – I have to call out, I think there’s a bunch of things in that question that just don’t reflect the reality. I don’t think that’s accurate at all about what happened at that time. I think we all now know, looking back, that a horrible combination of things happened in an absolutely unpredictable order that created tremendous tension. As you remember, it was, on top of that, a lot of the key police leadership was either out of town or had been changed. There’s just a lot of things happening at once that made it such a hard situation to address. So that’s the first point.

The second point, I think there’s so many more important things to think about with David Dinkins than that one very sad moment. And I think it’s important, particularly having lost him, that we honor the good he did in terms of trying to bring the city together and helping us to move forward in terms of safety, which he unquestionably started the ball rolling on.

I think in terms of what we learned, we clearly learned that when you are dealing with situations like that, which was a different situation than what we have had in 2020. And I just don’t – I’ve looked at everything that happened in 2020, those were protests and some of them had some violent people in them and they were – it was unacceptable to see any violence, but I don’t think it’s accurate to compare it to what happened in Crown Heights, which was a very different reality. But we have learned that when you see a situation like that emerge, address it very immediately and forcefully. And certainly, I learned from that – and it is something I remember very vividly with a lot of pain for everyone, for the loss in all communities – but it certainly gave me a firsthand experience with the importance of dealing with something like that assertively and clearly and quickly, so that we can get past it and go back to the work of peace. 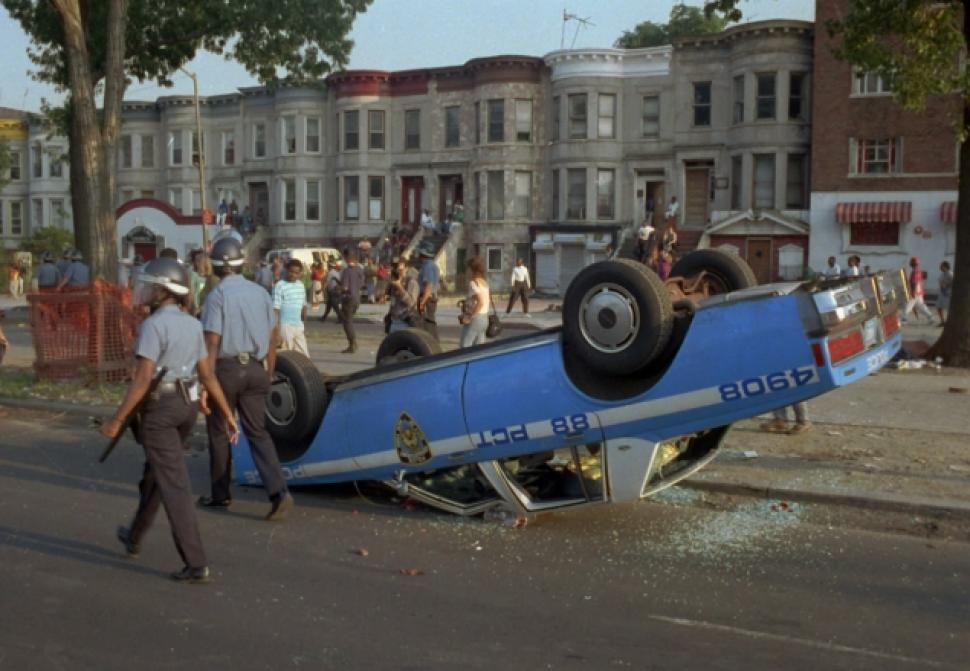 And the final thing I’ll say, Reuvain, is the Crown Heights community deserves respect that there was a bad moment, but everyone in the community came together in the 30 years since and created tremendous unity. And that really needs to be honored. Every part of the community found a way forward, and a lot of leaders did great work to find unity. And that’s also the thing that really must be honored the most.

So our readers understand what the Crown Heights riots were:

The riots began on August 19, 1991, after two children of Guyanese immigrants were accidentally struck by one of the cars in the motorcade of the Lubavitcher Rebbe ZATZAL. One child died and the second was severely injured.

About three hours after the riots began, early on the morning of August 20, a group of approximately 20 young black men surrounded 29-year-old Australian Jew, Yankel Rosenbaum HY”D, a University of Melbourne student in the United States conducting research for his doctorate. They stabbed him several times in the back and beat him severely, fracturing his skull. Before being taken to the hospital, Rosenbaum was able to identify 16-year-old Lemrick Nelson, Jr. as his assailant in a line-up shown to him by the police.

Nelson was charged as an adult with murder and acquitted. Later he was convicted in federal court of violating Rosenbaum’s civil rights and was sentenced to 10 years in prison. Nelson eventually admitted that he had stabbed Rosenbaum.

For three days following the accident, numerous African Americans and Caribbean Americans of the neighborhood, joined by growing numbers of non-residents, rioted in Crown Heights.

During the riots, Jews were injured, stores were looted, and cars and homes were damaged. The rioters identified Jewish homes by their Mezuzos.

On the third day of disturbances, Al Sharpton and Sonny Carson led a march of protesters chanting, “No Justice, No Peace!,” “Death to the Jews!” and “Whose streets? Our streets!” The mob displayed anti-Semitic signs and burned an Israeli flag.

The Israeli Prime Minister Yitzchak Shamir called Mayor Dinkins to inquire about the travesties. Dinkins replied curtly that it was a domestic issue and none of his business. Shamir replied, “If Jews are being murdered and an Israeli flag is burned, this is very much my business.”

A state report criticized Mayor David Dinkins and the NYPD for their lack of action during the riots, which after three days resulted in Rosenbaum’s murder, the injuries of 152 police officers and 38 civilians, 27 destroyed vehicles, seven looted or burned stores, 225 cases of robbery and burglary, and million of dollars worth of property damage.

In a 2009 interview with WNYC public radio former mayor David N. Dinkins went into detail about his own misdealing of Crown Heights, and according to most permitting the riots to go on unrestrained.

From the interview: “the NYT has partial obituaries on public figures, and given my age I am sure they have one on me, and it would read David N. Dinkins Born July, 10 1927 in Trenton NJ, first black mayor of the city of New York, then immediately Crown Heights, and not about keeping libraries open 6 days a week when we did not have a lot of money, spent $47 million to do so, and this was not done in over a century, instead there would be Crown Heights.”

The former mayor goes into details about inaccuracies that were reported in the media, but admits his own mishandling of the riots, “I screwed up Crown Heights.”

“I regret not saying to the police brass sooner “whatever you guys are doing is not working” it was then they altered their behavior and they were able to contained the ravaging young blacks who were attacking Jews … I will forever be accused of holding back the police and permitted blacks to attack Jews, however that did not happen it is just inaccurate.”

Mayor Dinkins famously told the NYPD to “let them vent.” Vent they did, and it led to the murder of Yankel Rosenbaum HY”D and the widespread destruction of property and nearly 200 injured.