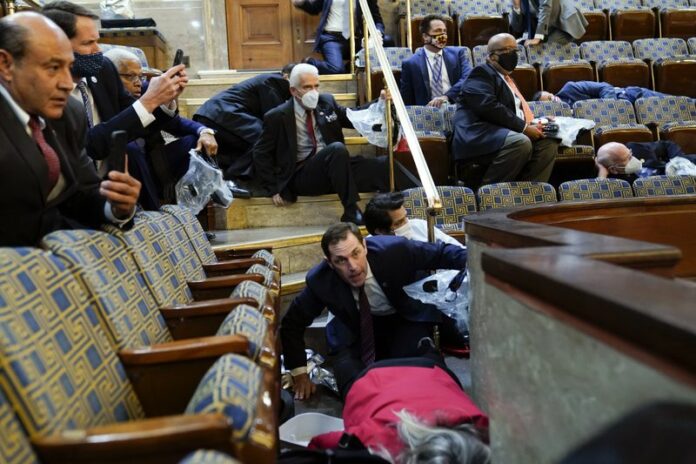 [WARNING VIDEOS BELOW MAY HAVE STONG LANGUAGE – VIEWER DISCRETION IS ADVISED]

Violent protesters loyal to President Donald Trump stormed the U.S. Capitol on Wednesday and forced lawmakers into hiding, in a stunning attempt to overturn America’s presidential election, undercut the nation’s democracy and keep Democrat Joe Biden from replacing Trump in the White House.

The National Guard and state and federal police were called in for control, and the mayor of Washington imposed a rare evening curfew. One person was reported to have been shot.

The protesters were egged on for weeks by Trump, who since the November presidential election had launched a barrage of false attacks on the integrity of the results. While rallying his supporters outside the White House Wednesday morning, he urged them to march to the Capitol. But later — hours after they fought police and breached the building — he told them in a video that although they were “very special people” and he backed their cause, they should “go home in peace.”

Other than a pair of tweets and that minute-long video, Trump was largely disengaged from the occupation of a main seat of the nation’s government. It was Vice President Mike Pence, not Trump, who spoke with senior defense leaders about calling up the National Guard. 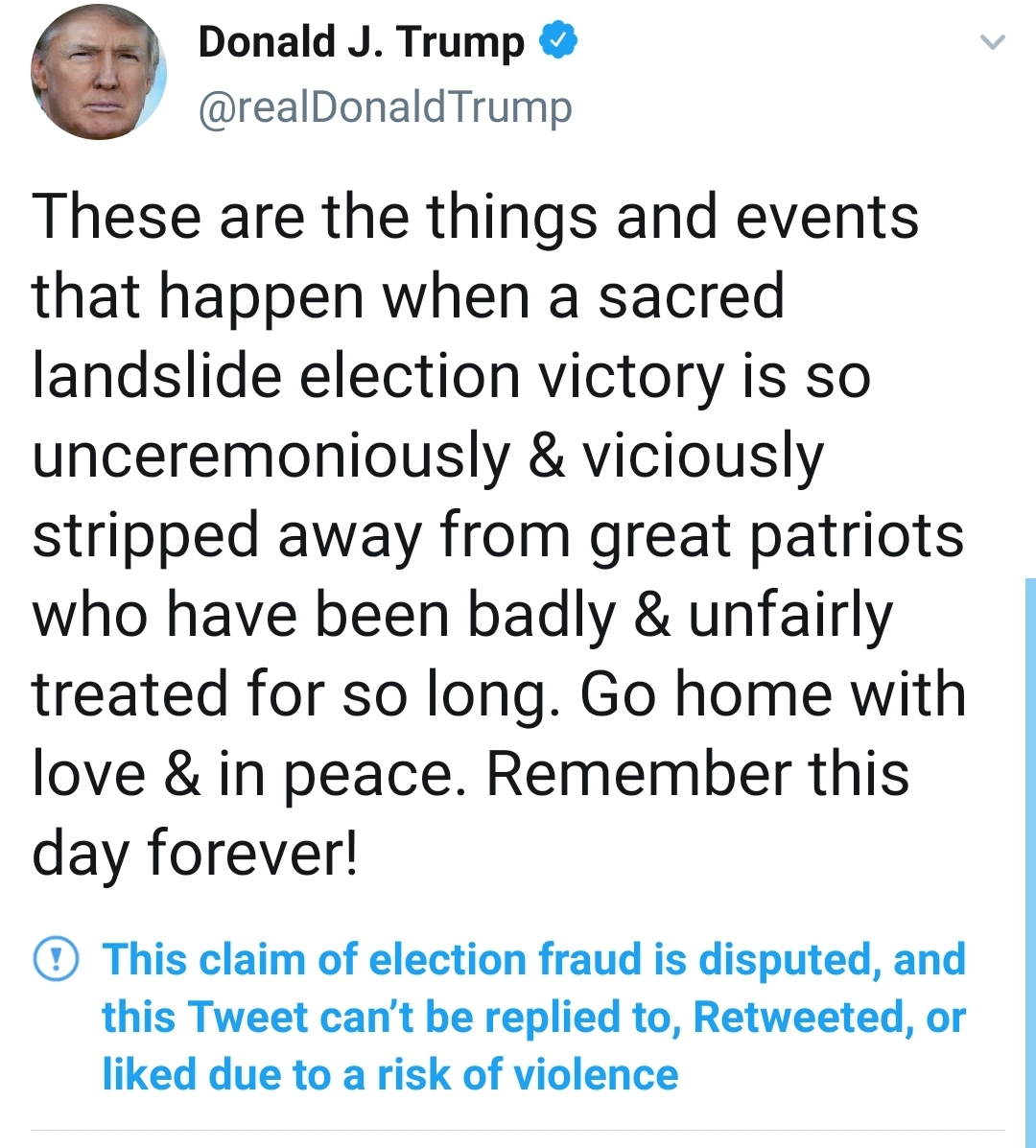 President-elect Biden, two weeks away from being inaugurated, had declared in Wilmington, Delaware: “I call on President Trump to go on national television now to fulfill his oath and defend the Constitution and demand an end to this siege.”

BIDEN: "At this hour our democracy is under unprecedented assault unlike anything we've seen in modern times." pic.twitter.com/mFQKzwcmAH

I am asking for everyone at the U.S. Capitol to remain peaceful. No violence! Remember, WE are the Party of Law & Order – respect the Law and our great men and women in Blue. Thank you!

Biden said that democracy was “under unprecedented assault,” a sentiment echoed by many in Congress, including some Republicans.

Even for a Capitol building that has seen centuries of protests and even violence — including a 1954 shooting involving Puerto Rican nationalists — Wednesday’s events were astounding because they appeared to unfold at least initially with the blessing of the president and also because of the underlying goal of overturning the results of a lawful presidential election.

BREAKING: Demonstrators are inside the Office of @SpeakerPelosi pic.twitter.com/3c7MFxq9z8

The chaotic protests halted Congress’ constitutionally mandated counting of the Electoral College results, in which Biden defeated Trump, 306-232. Republican Senate Majority Leader Mitch McConnell had tried to steer Congress away from Wednesday’s formal protest of those results, and he said at the start of proceedings that Trump had clearly lost.

Wednesday’s ordinarily mundane procedure of Congress certifying a new president was always going to be extraordinary, with Republican supporters of Trump vowing to protest election results that have been certified by the states. But even the unusual deliberations, which included Vice President Mike Pence and Senate Majority Leader McConnell defying Trump’s demands, were quickly overtaken by the chaos.

In a raucous, out-of-control scene, protesters fought past police and breached the building, shouting and waving Trump and American flags as they marched through the halls. One person was reported shot at the Capitol, according to a person familiar with the situation. That person’s condition was unknown. At least one explosive device was found but law enforcement said it did not pose a threat.

More than a dozen people were arrested.

As darkness began to set in, law enforcement officials worked their way toward the protesters, using percussion grenades to try to clear the area around the Capitol. Big clouds of tear gas were visible. Police in full riot gear moved down the steps, clashing with demonstrators.

It added up a frightening scene for lawmakers, who were directed to take extraordinary action for their own safety. The protesters abruptly interrupted the congressional proceedings in an eerie scene that featured official warnings directing people to duck under their seats for cover and put on gas masks after tear gas was used in the Capitol Rotunda. Some House lawmakers tweeted they were sheltering in place in their offices.

Rep. Scott Peters, D-Calif., told reporters he was in the House chamber when protesters began storming it. Security officers “made us all get down, you could see that they were fending off some sort of assault, it looked like. They had a piece of furniture up against the door, the door, the entry to the floor from the Rotunda, and they had guns pulled,” Peters said.

“And they just told us to take our pins off,” he added, referring to lapel pins members wear so Capitol Police can quickly identify them. Then the lawmakers were evacuated.

A clerk helped grabbed the boxes of Electoral College votes as the evacuation took place. Otherwis, said Sen. Jeff Merkley, D-Ore., the ballots likely would have been destroyed by the protesters.

Trump supporters posting on internet forums popular with far-right fringe elements celebrated the chaos. Messages posted on one turned from profane frustration over the content of Trump’s speech to glee when supporters stormed the building. At least one leading figure was livestreaming video from inside the Capitol during the siege.

The Pentagon said about 1,100 District of Columbia National Guard members were being mobilized to help support law enforcement at the Capitol.

Pence was closely watched as he stepped onto the dais to preside over the joint session in the House chamber.

Pence had a largely ceremonial role, opening the sealed envelopes from the states after they are carried in mahogany boxes used for the occasion, and reading the results aloud. But he was under growing pressure from Trump to overturn the will of the voters and tip the results in the president’s favor, despite having no legal power to affect the outcome.

“Do it Mike, this is a time for extreme courage!” Trump tweeted Wednesday.

But Pence, in a statement shortly before presiding, defied Trump, saying he could not claim “unilateral authority” to reject the electoral votes that make Biden president.

Despite Trump’s repeated claims of voter fraud, election officials and his own former attorney general have said there were no problems on a scale that would change the outcome. All the states have certified their results as fair and accurate, by Republican and Democratic officials alike.

Arizona was the first of several states facing objections from the Republicans as Congress took an alphabetical reading of the election results. Then the chaos erupted. 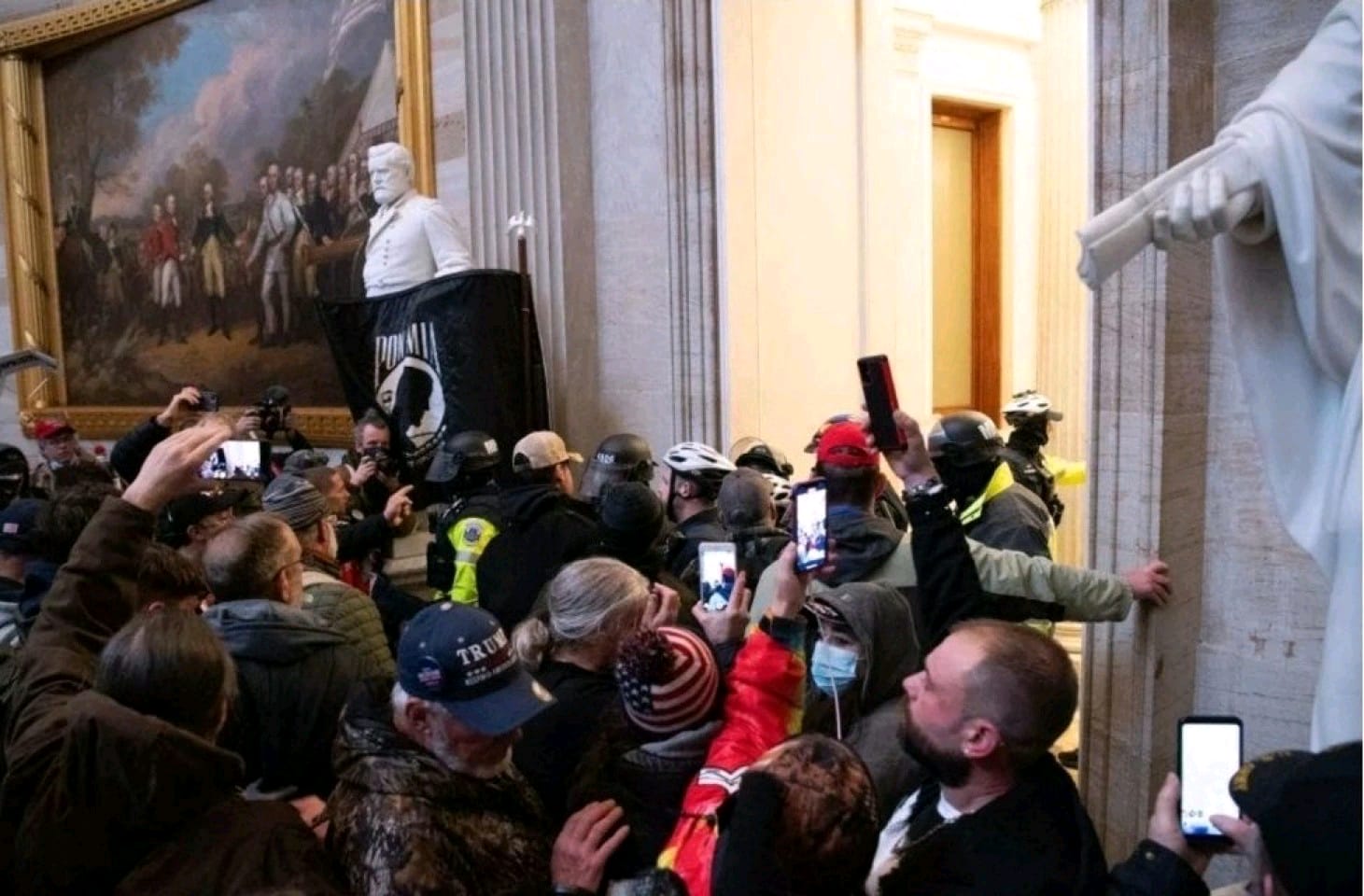 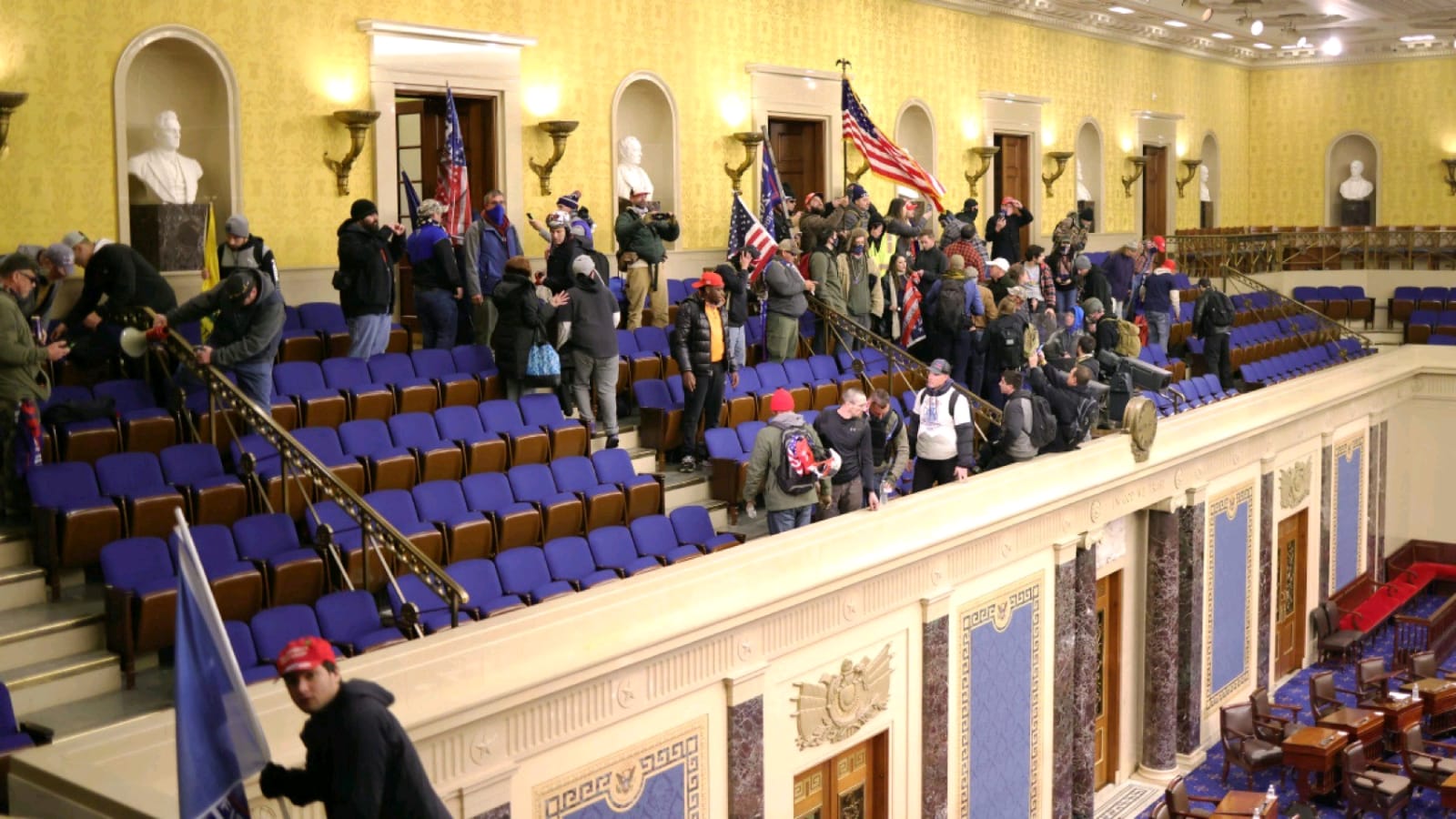 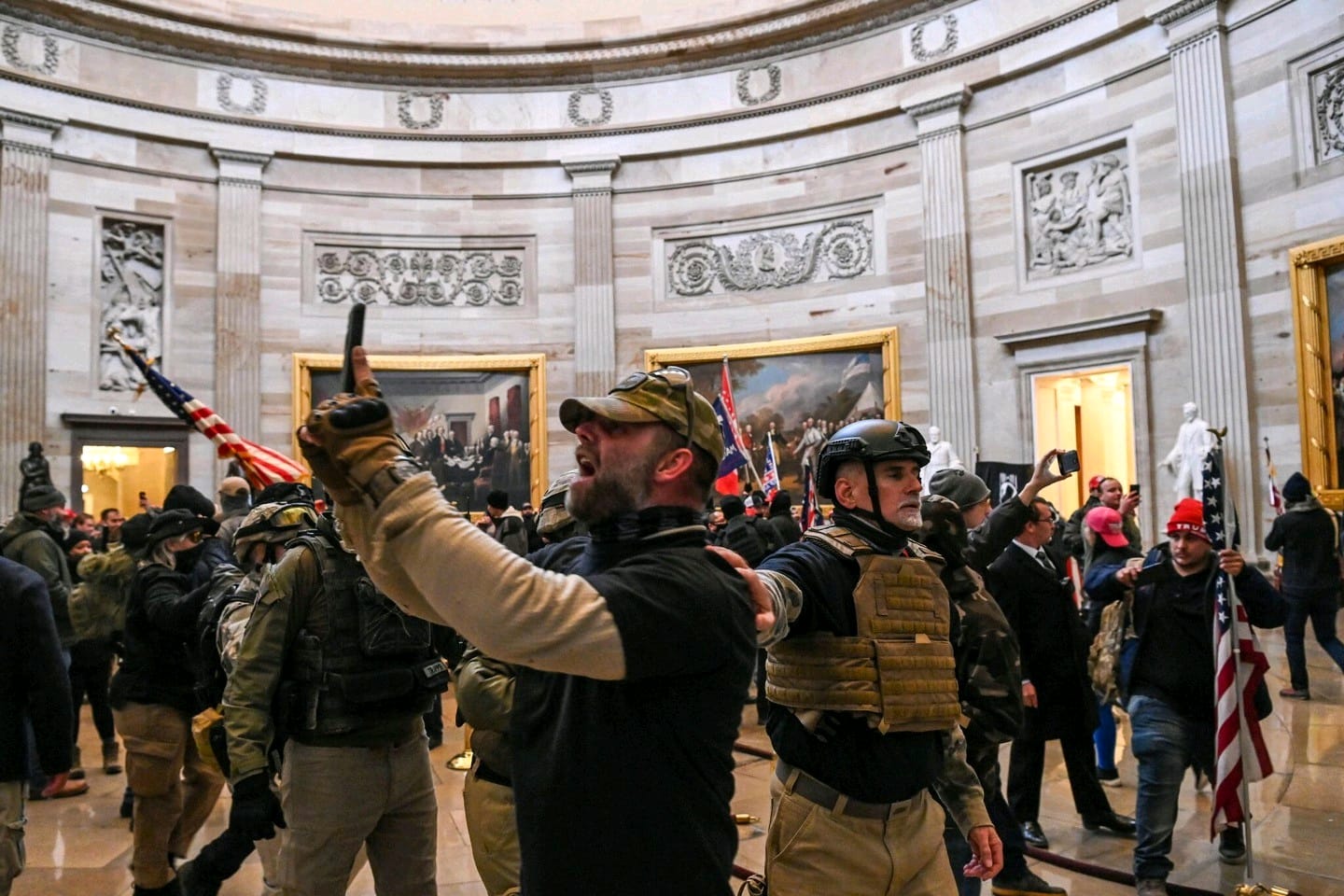 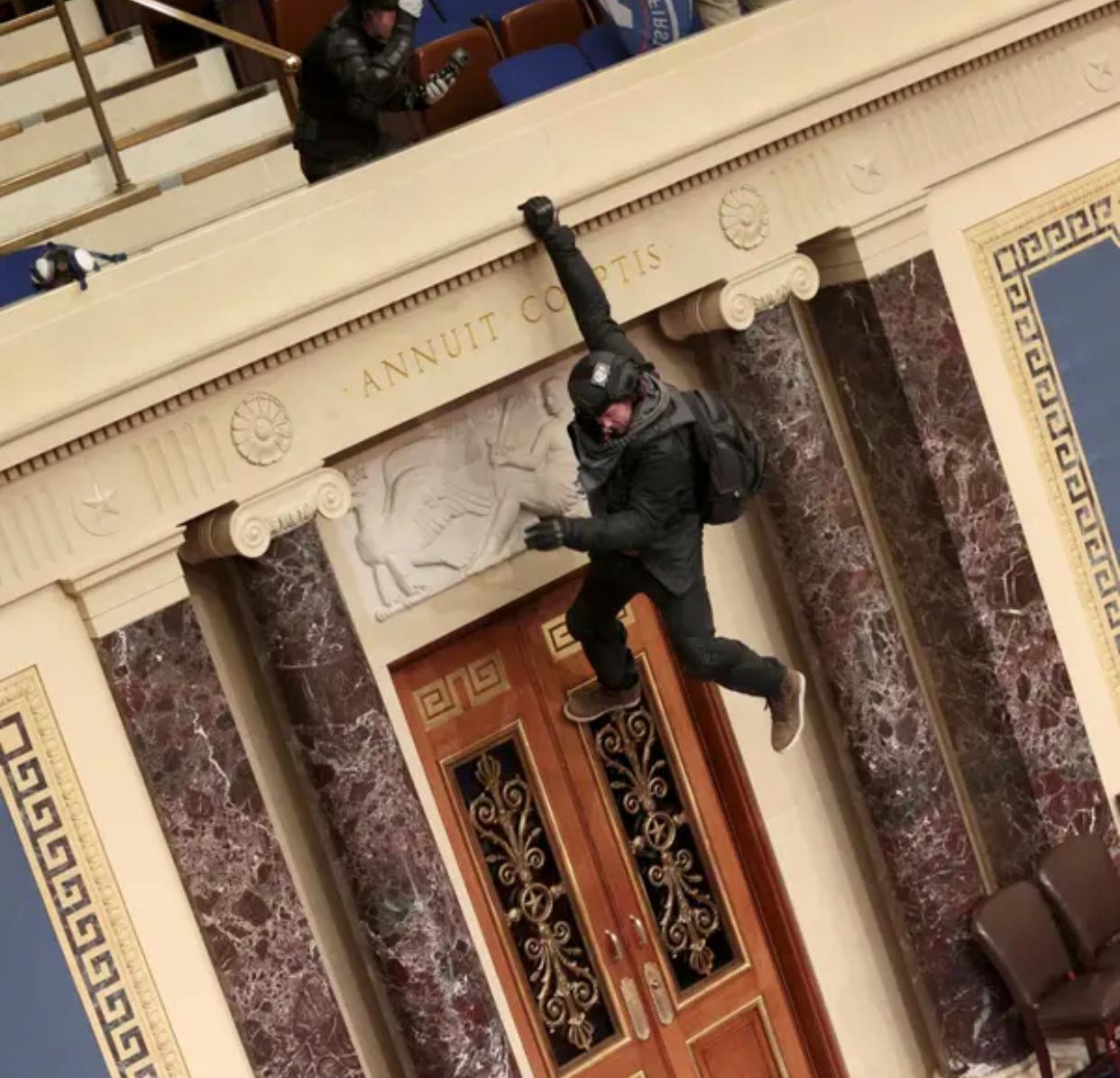 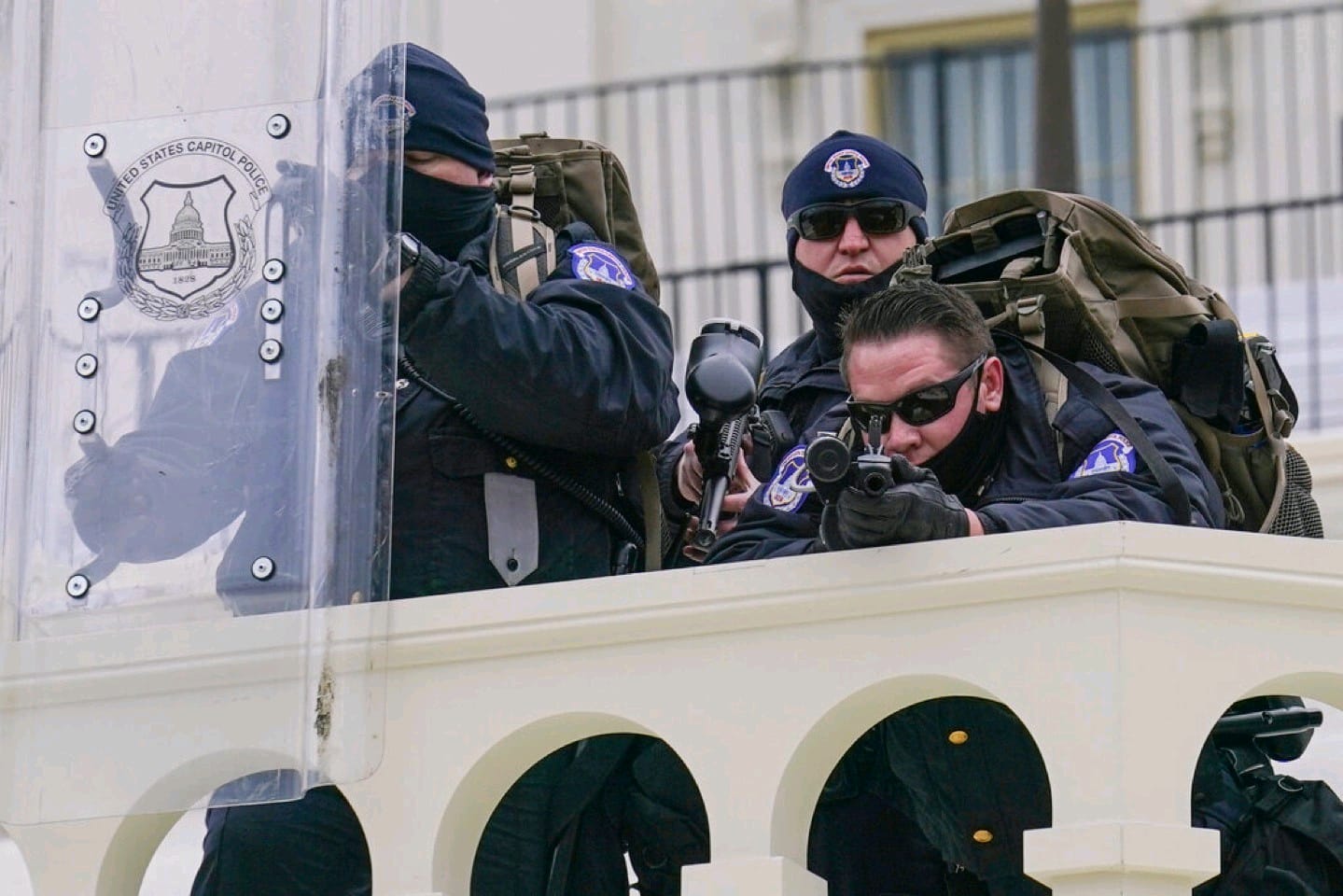 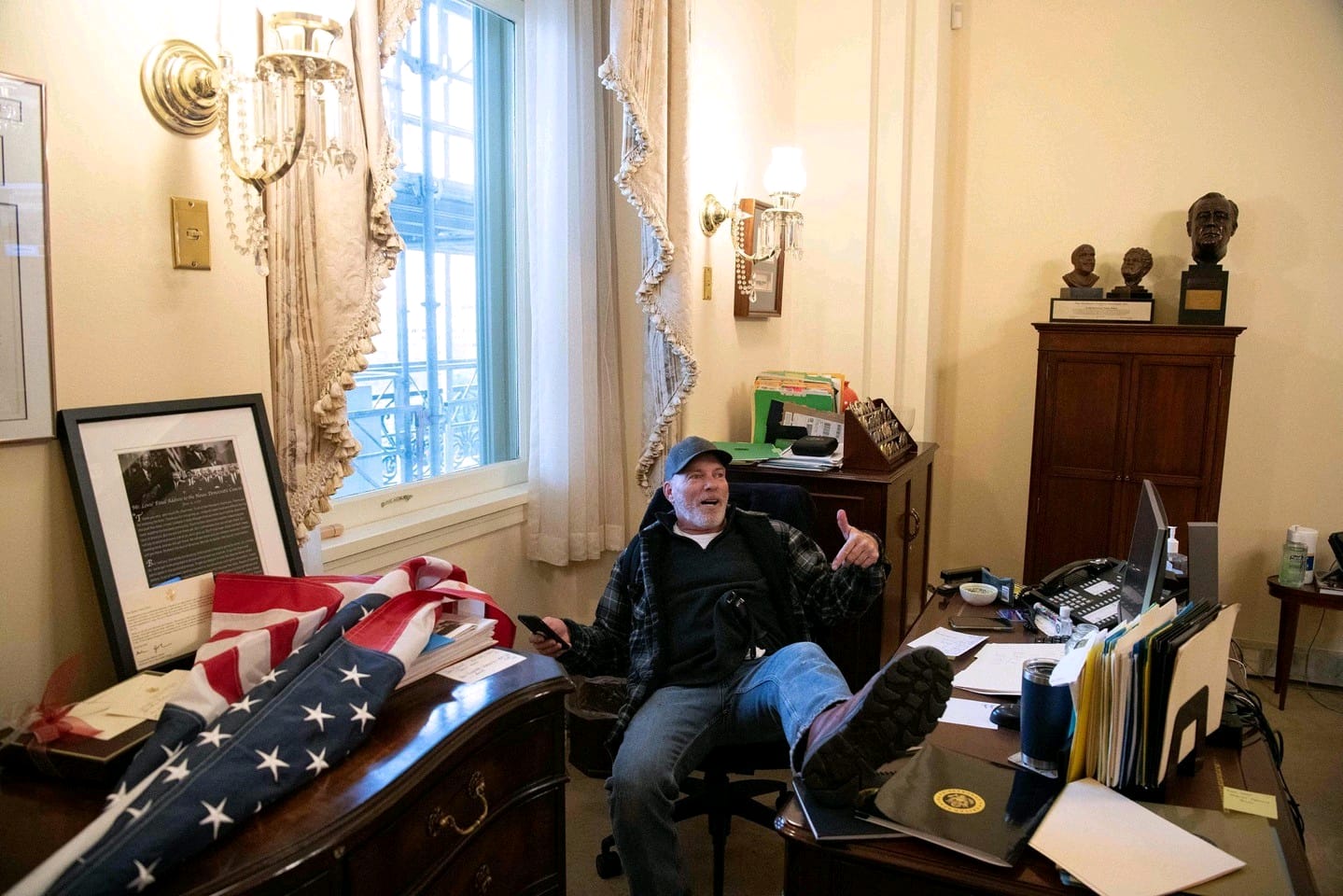 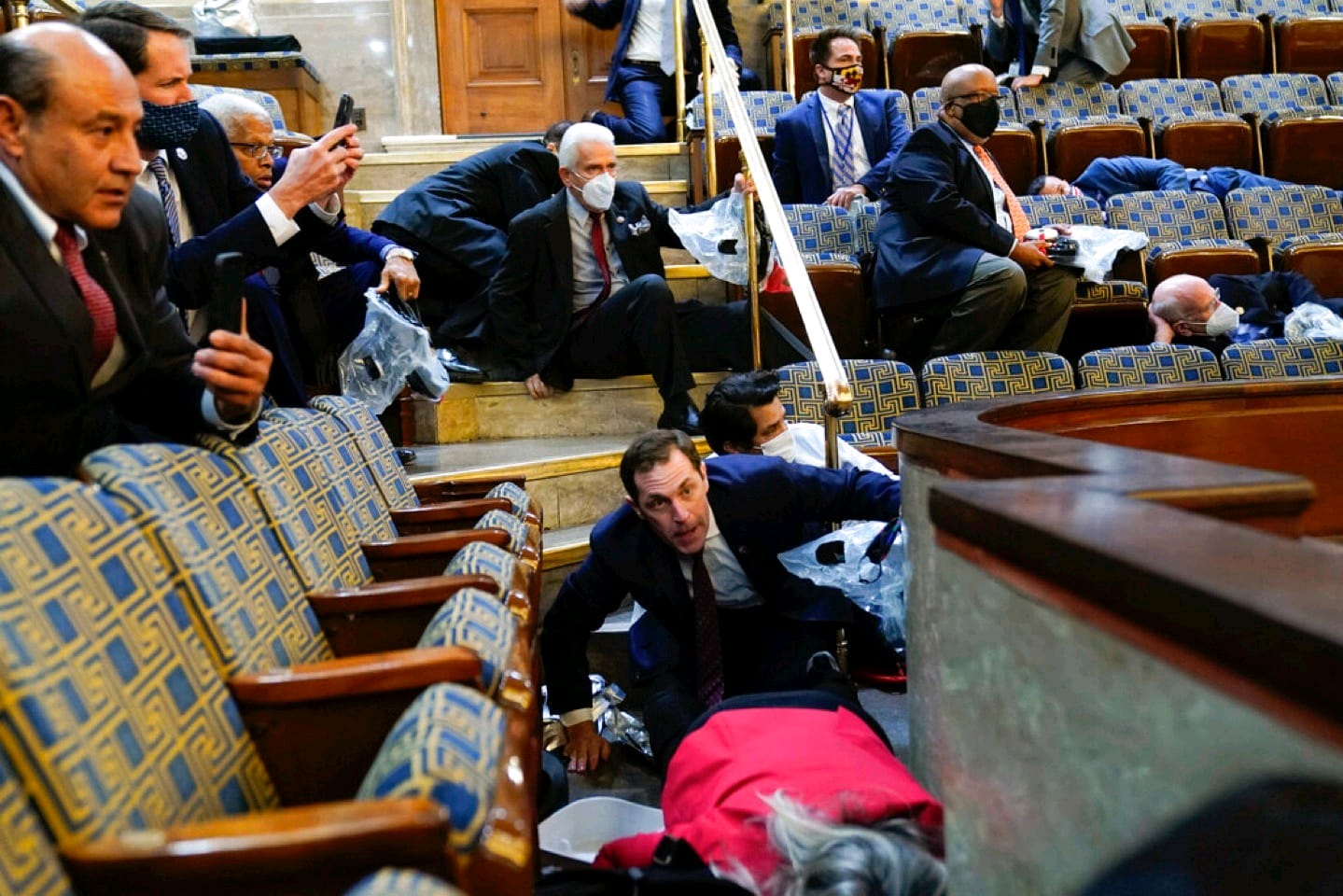