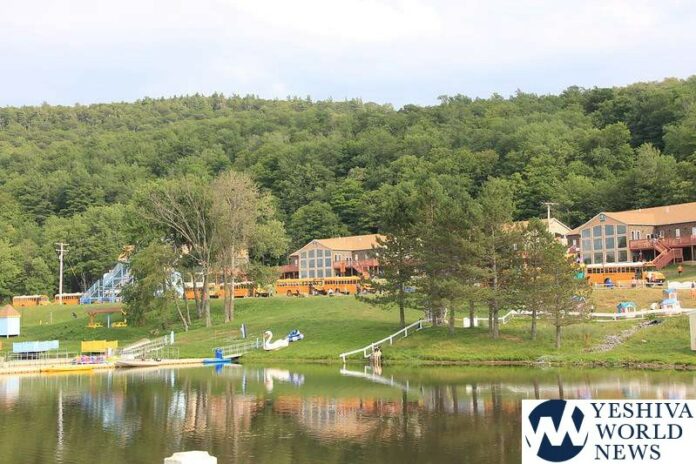 Oorah “The Zones” Camps have filed a lawsuit in Federal Court against Schoharie County alleging they were targeted for their religious views.

Oorah claims their camps were the victims of discrimination over the way they were treated during last summer due to COVID restrictions against them versus other camps.

Oorah has a boys camp in Jefferson and a girls camp in Gilboa, both in Schoharie County.

As YWN reported extensively, NY Governor Cuomo had ordered all summer camps closed for the summer of 2020 due to CIOVID-19. Many camps – including Oorah opened as “family residences” and not as “camps”.

In the lawsuit, Oorah says their First and 14th Amendment protections, for freedom of religion and equal protection, were violated.

The lawsuit claims that other facilities, such as the SUNY Cobleskill Campus never came under the same scrutiny as Oorah did. Inspectors slapped the camp with around $60,000 in violations this past summer, claiming that the families staying at the campus were not wearing masks or properly social distancing.

Sources tell YWN that the camp has documented a long, clear pattern of discrimination against the camp for years. Additionally, YWN has learned that the State/local health departments are refusing to issue the camp residency permits for the upcoming summer, as well as building permits to rebuild the girls camp which suffered a massive fire at the end of last summer.

YWN notes that despite nearly every single camp being opened as a “family residence”, there wasn’t one COVID outbreak as Cuomo and his Health Department promised there would be.

In a statement to YWN, Oorah said the following:

– Last summer, TheZone camps operated in actual fact as family retreats, not as regular sleepaway camps being called family retreats, and significant and rigorous health and safety measures were put in place to ensure it was in compliance with all health guidelines. Oorah takes COVID concerns seriously.

– The religious discrimination as detailed in the federal complaint went back years, ever since Oorah moved into the area. It just came to a head now with the county taking advantage of COVID restrictions as an excuse and justification for closing the camps.

– The State Court ruled that the county’s closure of the camps and withholding of permits is illegal. The county refused to comply. Oorah was forced to sue in federal court in order to ensure it would be able to open this summer safely and legally.

The lawsuit reads in part:

Over the past decade, Oorah has time and again been subjected to official action discriminating against it based on its Orthodox Jewish character by the Defendants. The goal of these arbitrary and discriminatory actions has been to thwart the operation of Oorah’s religious programs and to deter Oorah’s staff, volunteers, and participants from the practice of their Jewish faith.

Oorah has repeatedly been forced to obtain relief against Schoharie County in the state courts to allow it to operate its religious facilities. This hostility rose to a crescendo in 2020, when Defendants Schoharie County and Amy Gildemeister, the County’s Director of Public Health, exploited the COVID-19 pandemic to shut down Oorah’s operations completely in an illegal, premeditated, arbitrary, and discriminatory manner.

Based on the barest unproven allegations of COVID-19 regulation and code violations (and in the absence of any confirmed case of COVID-19 at either Oorah facility), the Defendants, or either of them, engaged in repeated inspections of the properties, chased young Jewish children around the camps making them cry, issued cease and desist orders, demanded fines of $65,000, and “placarded” the camps, closing them down for family and Holy Day retreats.

In undertaking all of the foregoing actions, the Defendants violated various due process requirements under New York law before such actions can be taken, including not holding regulatorily required hearings, repeatedly failing to re-inspect the properties in accordance with the relevant regulations despite repeated follow-up visits, and requests for same, neglecting to mention the requirement of a hearing in the cease and desist orders, and illegally revoking Oorah’s Temporary Residence permits without providing an opportunity for the regulatorily required hearing and fundamental due process.

In spite of a New York State court holding that the County has violated Oorah’s rights and enjoining enforcement of the County’s orders, the County has refused to relent and has now improperly refused to process Oorah’s permits necessary to operate in 2021 until “all hearings have been concluded and fines have been paid for 2020 violations.”

The Defendants’ campaign against Oorah also stands in stark contrast to their treatment of other local entities, including SUNY-Cobleskill, with which they worked together to correct violations instead of shutting its doors, other businesses about which Defendant Gildemeister stated that “she hoped law enforcement would serve as peacemakers in such circumstances, relaying the need for safety measures without having to be punitive,” and even the County itself, as meetings of the Schoharie County Board of Supervisors and its COVID-19 task force permitted attendees to be maskless, including at least one such meeting attended by Defendant Gildemeister. With respect to Oorah, however, Defendant Gildemeister reportedly stated: “We’ve been trying to shut them down for weeks.”

These actions targeted against Oorah on the basis of its Orthodox Jewish nature have resulted in Oorah being unable to celebrate religious holidays or provide religious services and retreats for its participants, prevented it from using its facilities for Rosh Hashanah and Sukkot, caused it great financial harm and has now shut the facilities down indefinitely without any hearing or due process.

The Defendants’ biased and arbitrary actions against Oorah over the past year are just the latest incidents in a years-long pattern of abuse of authority discrimination against Oorah on the part of the Defendants and their various public officials.

Plaintiff has suffered and will continue to suffer irreparable harm based on the Defendants’ actions. By depriving the Plaintiff and its participants of critical religious worship.