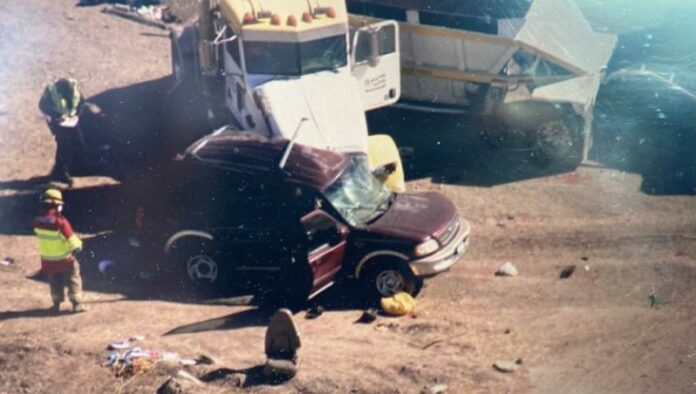 At least 15 people were killed Tuesday morning when an SUV collided with a semi-truck in Southern California, authorities have announced.

The crash occurred on State Route 115 in the area of El Centro, 10 miles north of the US-Mexico border, at around 6:15am this morning.

A Ford Expedition SUV reported to be carrying 27 passengers on board had been driving westbound on Norrish Road when it traveled ‘in the direct path’ of a gravel truck heading northbound on 115.

Fourteen people were found dead at the scene, Judy Cruz, the managing director of the emergency department at the El Centro Regional Medical Center said at a news conference. Several others were also injured.

Seven people were taken to El Centro Regional Medical Center, where one person has since died. Three others are currently in intensive care.

Unconfirmed reports state that the passengers were illegal immigrants. 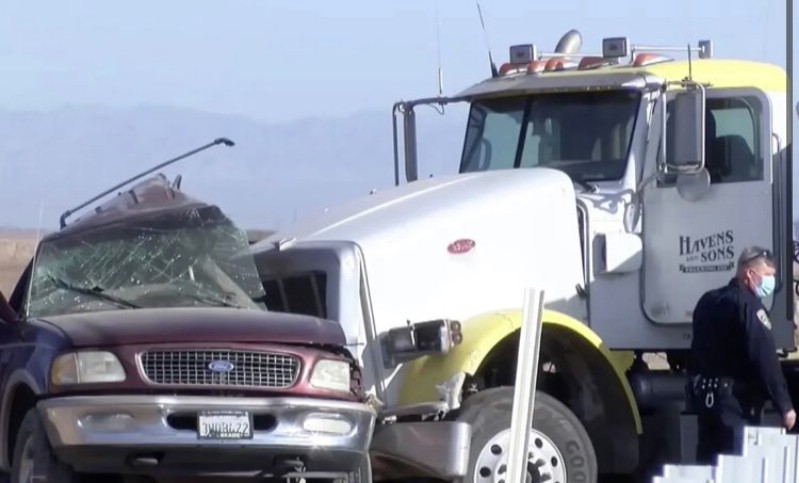