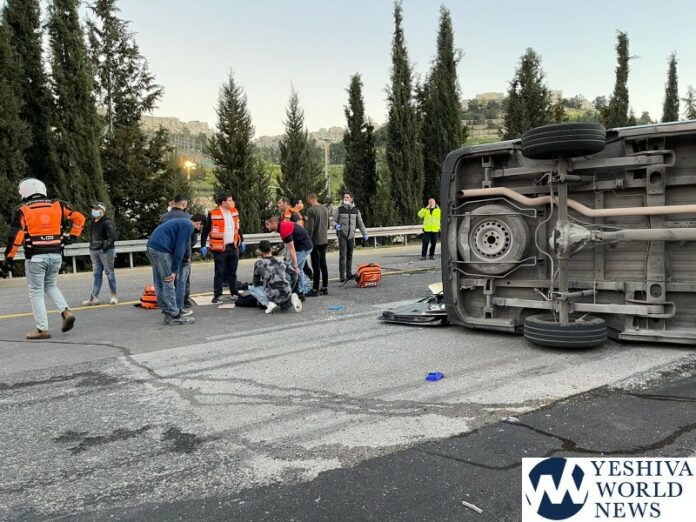 On Wednesday evening, a serious accident took place on Golda Meir Boulevard, where a minibus carrying a number of Charedim was involved in an accident with a private car.

Miraculously, all eight people who were injured are in light condition.

The police spokesperson’s department issued a statement about the accident: “Following the accident that took place on Highway 9 and Golda Meir Boulevard, Highway 9 has been closed and all traffic is being directed to enter and exit Jerusalem via Highway 1.” 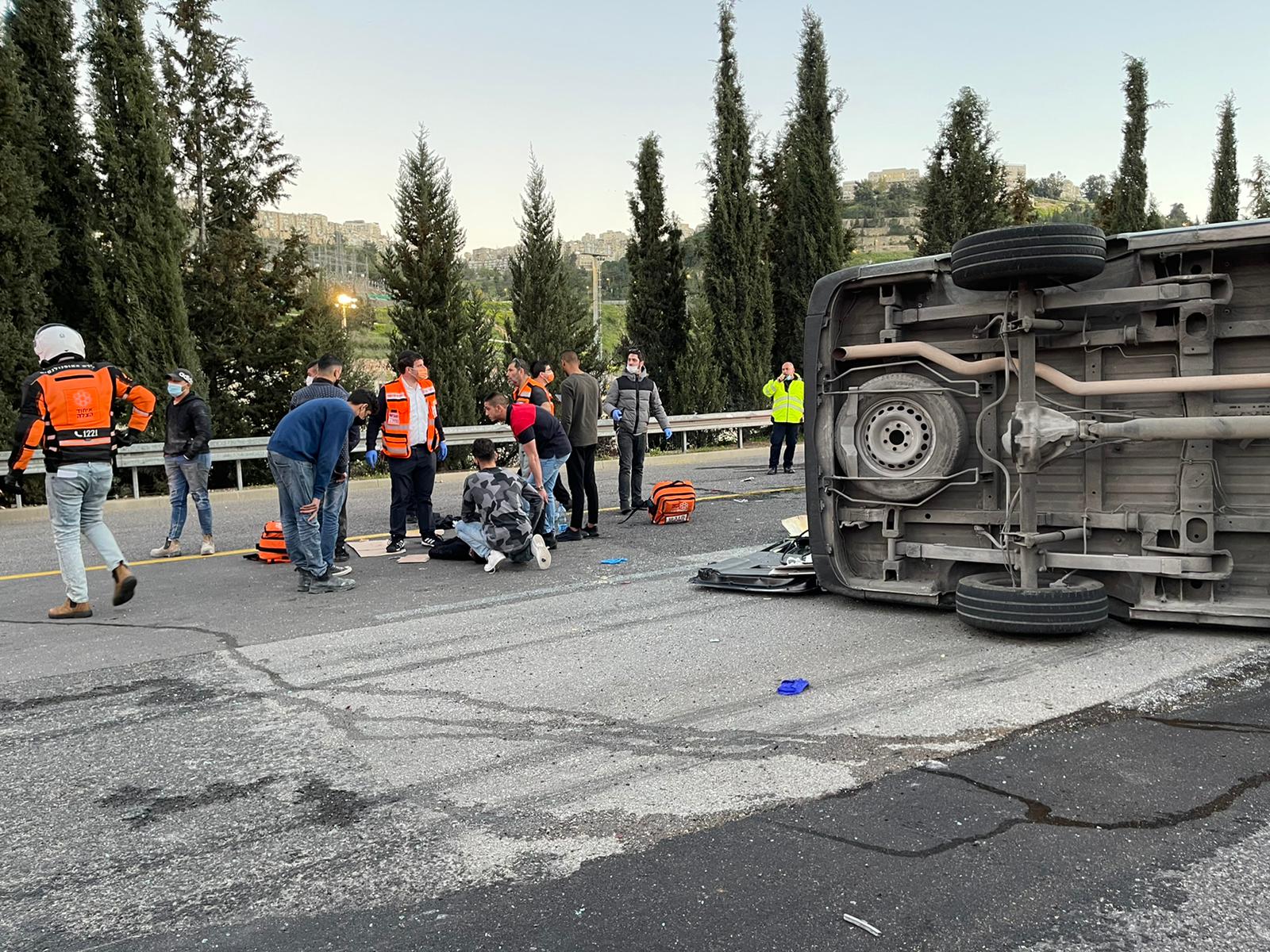 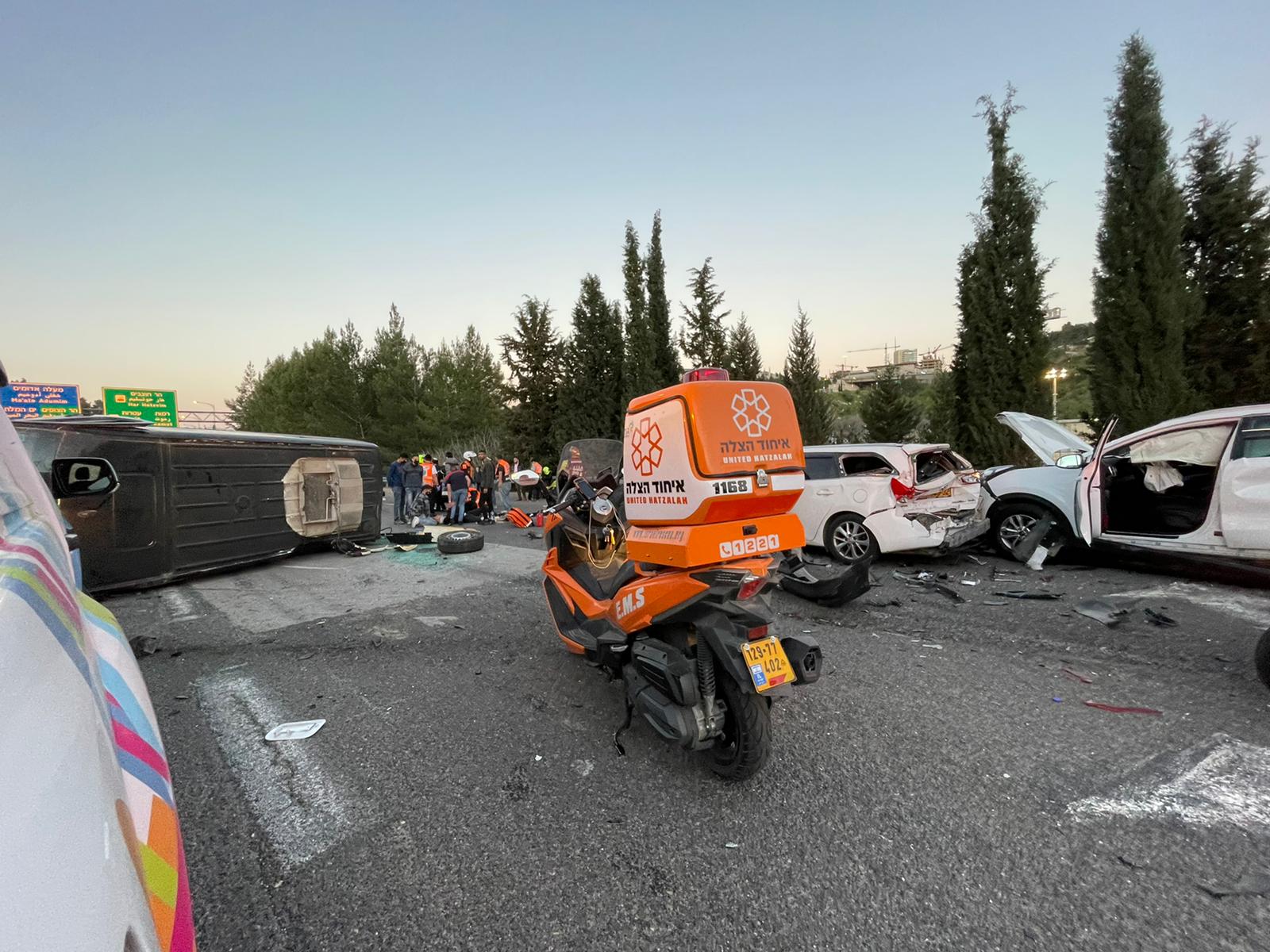 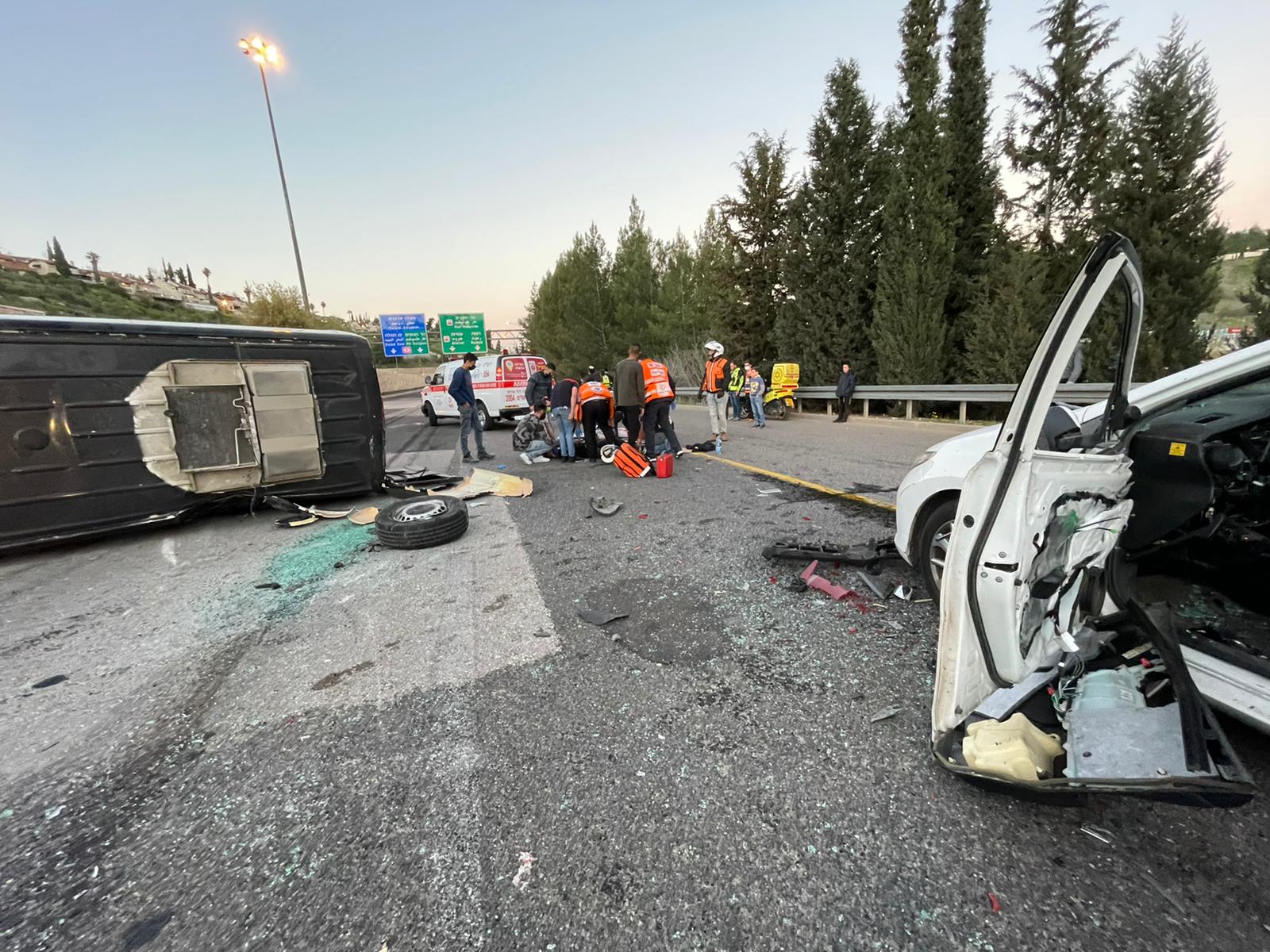