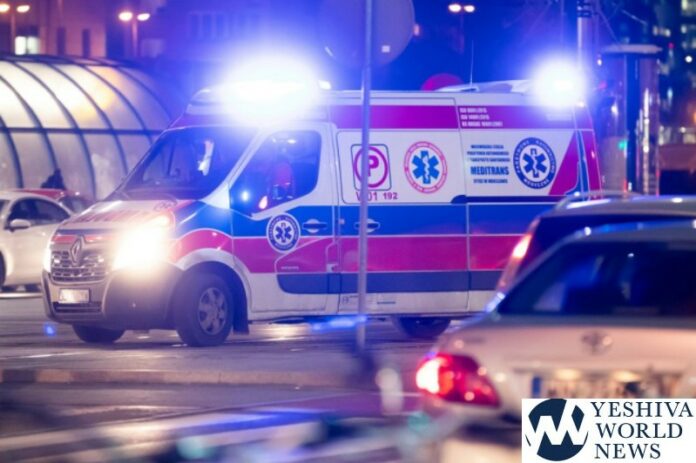 Two men from Bnei Brak who went to daven at Kevorim in Poland, were injured in a serious car accident that took place in Krakow. The victims, both belonging to the Dorg Chassidus, were injured when the car they were driving in was involved in an accident with a truck. They were taken to the hospital by local ambulance teams and were listed as being in serious condition.

The local Chabad Shaliach, Rabbi Eliezer Gur Aryeh, is assisting the injured and ensuring that they receive the best medical care possible.

They are reportedly both in their 40s.

The public is asked to daven for Yehezkel Dov ben Fayge Freidel, who is the more seriously injured of the two and is on a respirator. Yosef Mordechai ben Elisheva was also injured and also needs tefillos.