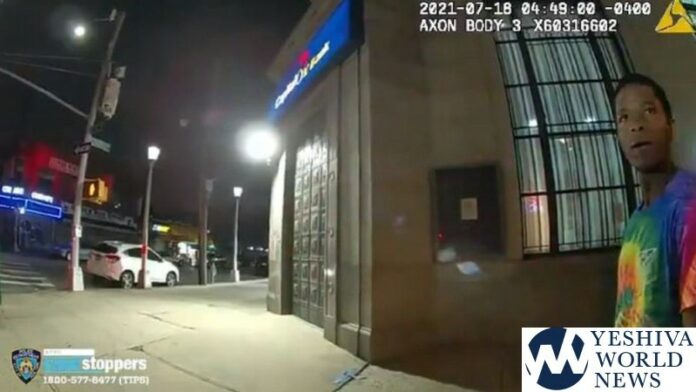 A man bashed an NYPD officer’s head with a glass bottle in an attack that was caught on body camera, authorities said Monday.

The officer was standing at the intersection of East 52nd Street and Snyder Avenue in East Flatbush around 4:50 a.m. on Sunday when 27-year-old Tyshaun Holloway approached him, the NYPD said.

After a brief conversation, Holloway struck the officer in the head with a bottle, police said. He was arrested and charged with assault not long after, according to police.

The officer was taken to a nearby hospital with cuts to his neck and ear, the NYPD said. He was released after receiving stitches and staples, police said.

Authorities told Fox News he was arrested twice in 2016 for assaulting police officers.

The officer received lacerations to the neck and head which required stitches and staples, but thankfully will be OK.

24/7 your NYPD officers put themselves in harms way to protect this city, it's residents and it's visitors.