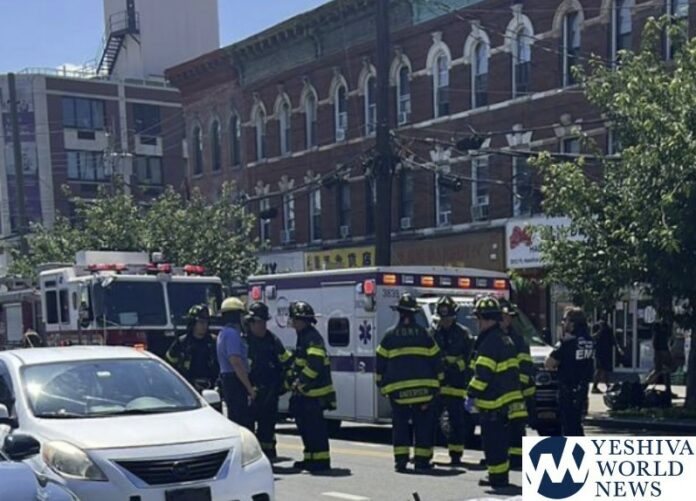 A woman was tragically struck and killed by a tractor trailer in Boro park on Thursday.

Sources tell YWN that the woman was on a scooter, when the truck struck her on Fort Hamilton parkway and 59th Street. FDNY EMS were on the scene and were forced to pronounce the woman dead on the scene.

The identity of the victim has not been released, but sources tell YWN that she was of Asian descent, and lived in the local Asian community.

The NYPD Highway Patrol is on the scene conducting an investigation.