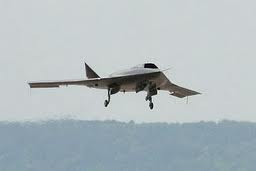 Iran is in possession of a RQ-170 Sentinel drone that went missing over the Islamic Republic, U.S. military sources told Fox News on Monday.

The Sentinel is the same kind of stealth high tech drone that was used to monitor the compound during the raid that killed Usama bin Laden in Pakistan, the sources said.

The sources confirmed the Iranians have the drone, however, they did not say that the Iranians shot down the spy plane, as was reported by Iran’s official IRNA news agency.

“An advanced RQ-170 unmanned American spy plane was shot down by Iran’s armed forces. It suffered minor damage and is now in possession of Iran’s armed forces,” IRNA quoted an unidentified Iranian military official saying Sunday. The official also warned of strong and crushing response to any violations of the country’s airspace by American drone aircraft.

Earlier, the U.S.-led coalition in Afghanistan issued a statement saying the aircraft may have been a drone that operators lost contact with last week while it was flying a mission over neighboring western Afghanistan.

A U.S. official, who spoke on condition of anonymity because of the classified nature of the incident, said the U.S. had “absolutely no indication” that the drone was shot down.

The RQ-170 Sentinel is made by Lockheed Martin and is equipped with stealth technology.