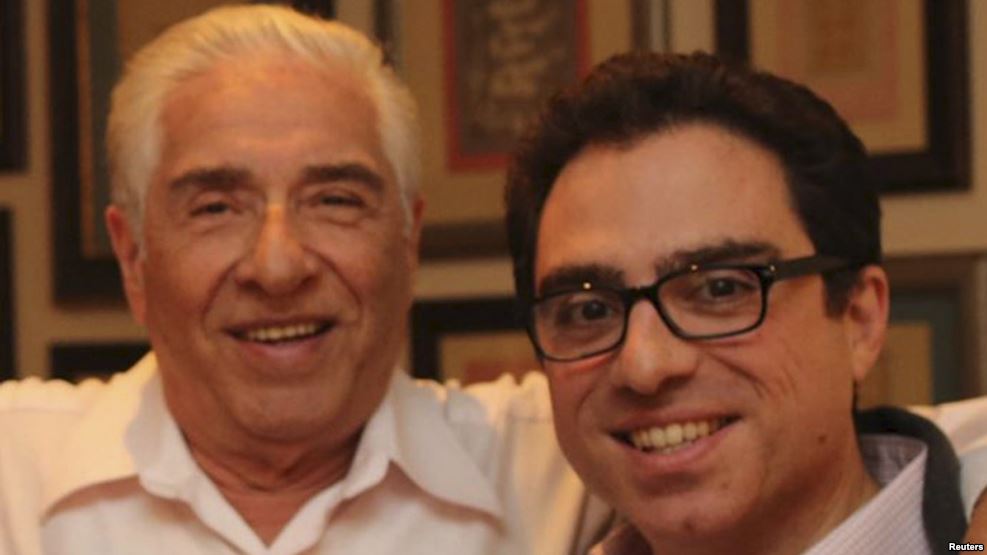 A relative of two Iranian-American citizens imprisoned in Iran says their health is failing rapidly due to inhumane conditions and is urging U.S. President Donald Trump to take “personal responsibility” for their lives.

Siamak Namazi and his father, Baquer Namazi, were sentenced to 10-year prison terms last year for “collusion with an enemy state” — the United States. Babak Namazi has been working behind the scenes since then, seeking the release of his father and brother.

Their supporters deny the charges and say the two are being held as leverage on the U.S. Their supporters went public with their campaign Tuesday, appealing to Trump and formally asking the U.N. Working Group on Arbitrary Detention for “urgent action” to secure their release.

Namazi said he is “counting on the president to take personal responsibility” for his relatives’ lives. Genser cited Trump as declaring “this doesn’t happen if I’m president” after the Namazi convictions in October and said the U.S. president now needs to be “good to his word and do whatever is necessary to secure their release.”

The Namazi family fled Iran after the 1979 Islamic Revolution, but appears to have kept business ties in Iran. Siamak Namazi’s arrest in late 2015 followed criticism by hardliners over his advocacy for improved Iran-U.S. ties.

His 80-year old father is a former UNICEF representative who served as governor of Iran’s oil-rich Khuzestan province under the U.S.-backed shah, Mohammad Reza Pahlavi. He was arrested after traveling to Iran, apparently in efforts seeking his son’s release.

Both Namazis appear to be ensnared by hard-liners within Iran’s security services who oppose the moderate administration of President Hassan Rouhani and the nuclear deal it struck with world powers.

Dual nationals in detention have been used as bargaining chips in negotiations with the West, and Genser said U.S. officials in Vienna planned to bring up the case later in the day in what is the first U.S.-Iran meeting on the nuclear deal since Trump took office.

Babak Namazi said both his father and brother are in Tehran’s notorious Evin prison, out of reach for Iran’s judiciary and under control of the Revolutionary Guard.

He told reporters his brother sleeps on the concrete floor of a “dark, humid cell,” mostly in solitary confinement; he has been physically “tortured, beaten” and subjected to “psychological torture” and has lost 12 kilograms (over 26 pounds).

“He feels that he has nothing left to live for and (is considering) the taking of matters in his own hands,” Namazi said.

He said that his father is “completely cut off from his doctor” despite serious health problems following triple bypass surgery and needing medication for various other ailments,

While doctors in Iran refused to disclose his condition after several hospital visits, “we know from his own rapidly expanding list of self-observed symptoms including severe weight loss, dizziness, exhaustion, confusion, lightheadedness and shortness of breath, that time is not on his side,” Babak Namazi said.

Other detained dual nationals include Nazanin Zaghari-Ratcliffe, a British-Iranian woman sentenced to five years in prison on allegations of planning the “soft toppling” of Iran’s government. Robin Shahini, an Iranian-American, is serving 18 years in prison for “collaboration with a hostile government.”

Yet to be tried on various charges are Iranian-American art gallery manager Karan Vafadari, held along with his Iranian wife, and Iranian-Canadian national Abdolrasoul Dorri Esfahani, who helped negotiate the nuclear deal for Iran.

Still missing is former FBI agent Robert Levinson, who vanished in Iran in 2007 while on an unauthorized CIA mission.