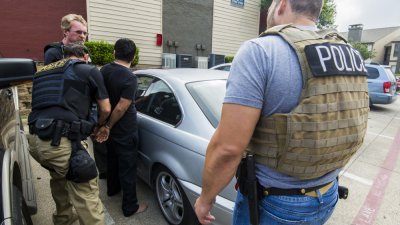 Federal authorities say agents have arrested 70 people in Oklahoma and Texas as part of a three-day sweep targeting immigrants with criminal records or who were in the U.S. illegally.

U.S. Immigration and Customs Enforcement said in a release that the sweep concluded Saturday and the vast majority of those arrested came from Mexico.

The apprehensions in Texas occurred in the greater Dallas area.

ICE said in its statement Tuesday that agents with its enforcement and removal operations division focus on those who pose a threat to national security or public safety.

The three-day roundup follows others that have occurred this year in Texas and elsewhere.