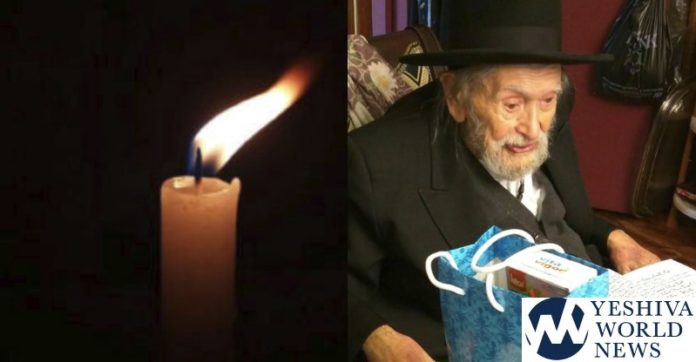 YWN regrets to inform you of the Petira of Reb Yehoshua Zvi Hershkowitz Z”L, the founder of the first Tomchei Shabbos Organization. He was 90 years old.

Reb Yehoshua Zvi founded the organization to serve the Boro Park community in 1978. It soon expanded to making weekly deliveries to Flatbush as well. Later, other people founded Tomchei Shabbos in their own communities based off his model and idea.

Tomchei Shabbos of Boro Park / Flatbush delivers food to around 700 families every week.

One person who makes weekly deliveries for the past 25 years told YWN that he would deliver tons of food to Lakewood, Monsey, Kiryas Yoel and other communities each year before Pesach – until those communities began to open their own organizations.

The Niftar did this without fanfare and was almost unknown to even the recipients of the weekly deliveries. He was a long-time employee of the United States Postal Service, and received an award on the day of his retirement for not missing one day of work during his entire career.

Hi Chesed is legendary, but did everything quietly and behind the scenes.

Much can – and will be written about this giant of a man who was taken from us.

The Levaya will be held today (Monday) at 1:00PM in front of the Tomche Shabbos building located at 6225 New Utrecht Ave. The Kevura will be at around 3:00PM at the Satmar Cemetery in Deans, N.J.