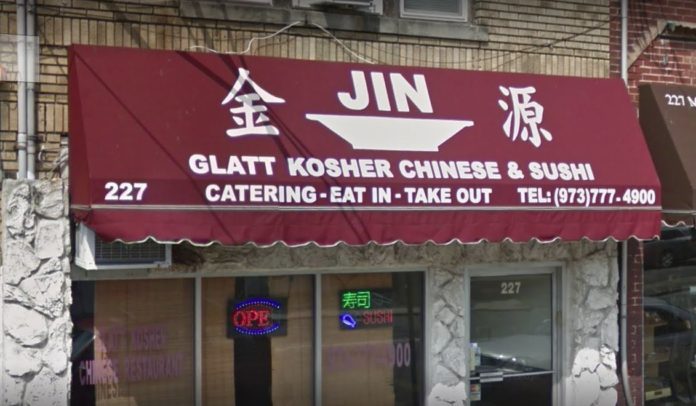 Rumors have been swirling on social media the past few days regarding the sudden closure of the “Jin Glatt Kosher Chinese & Sushi Restaurant” in Passaic, NJ. Many people were claiming that non-Kosher food was used by the establishment, while others claimed the store was closed just due to a health violation.

Sadly, it appears that this is more than a “health violation”.

The following is an official statement from “PCK = Passaic Clifton Kashrus”, which was giving the Kosher certification to the store:

“The mashgichim at Jin restaurant, located at 227 Main Avenue in Passaic, recently raised questions regarding certain procedures at the restaurant. PCK has determined that these matters merit investigation and, effective January 8, 2018, suspended its supervision of the restaurant pending completion of the investigation, which is being undertaken in consultation with leading kashrus and other experts. At this time, PCK has not concluded that any non-kosher food entered the establishment.

PCK is committed to maintaining the highest standards of kashrus in the Passaic-Clifton community. Following completion of its investigation, PCK intends to report on the results of the investigation as well as any policy changes that may be put in place to prevent similar situations from arising in the future.”

Jin has been in business for at least 15 years. The store has had more than one owner over that time.

YWN will continue to bring our readers any additional updates on the outcome of this investigation.