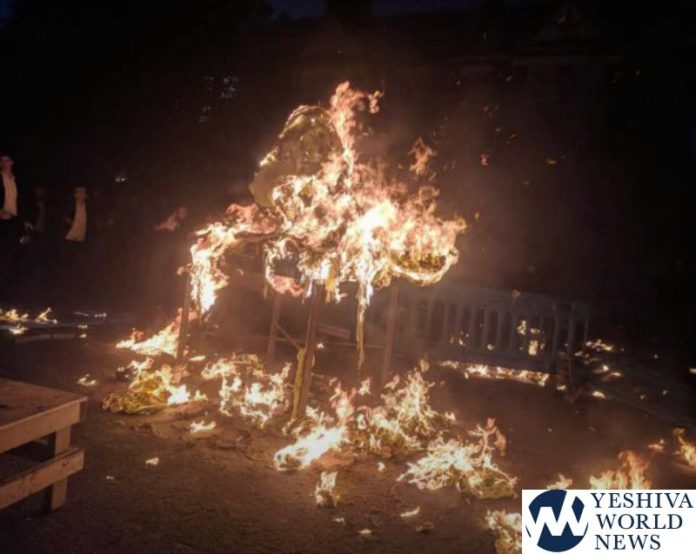 Hundreds of people had gathered at the Biala Shul in Stamford Hill, as the Rebbe was going to light the “Medurah”.

The music began to play slowly as a small fire was being ignited on a pole – which would then be used to light the bonfire – which was soaked in oil.

As can be seen on the shocking footage below, the second the fire was lit on the pole, there was a massive explosion and large fireball.

People shrieked and panicked, and people trampled on one another.

Hatzola rushed to the scene, and treated around 30 people. Approximately 10 people were taken to the hospital, many with burns on their faces.

Social media erupted with reports that a smartphone was burned which caused the explosion.

YWN spoke with multiple eye-witnesses that confirmed that the Rebbe did in fact give a speech about the dangers of smartphones and that he would be burning one. In fact, he gave the same speech last year.

It appears that the explosion was caused by fuel and not the smartphone, although there definitely were multiple smartphones placed inside the pile to be burned.

Tonight we have assisted @Hatzola dealing with multiple patients.

Hatzola is a volunteer ambulance service in the community.
We have a long-standing, mutually respectful working relationship, and together we help to save lives.@Ldn_Ambulance @LAS_HART @Hatzola pic.twitter.com/0dlxfB988j 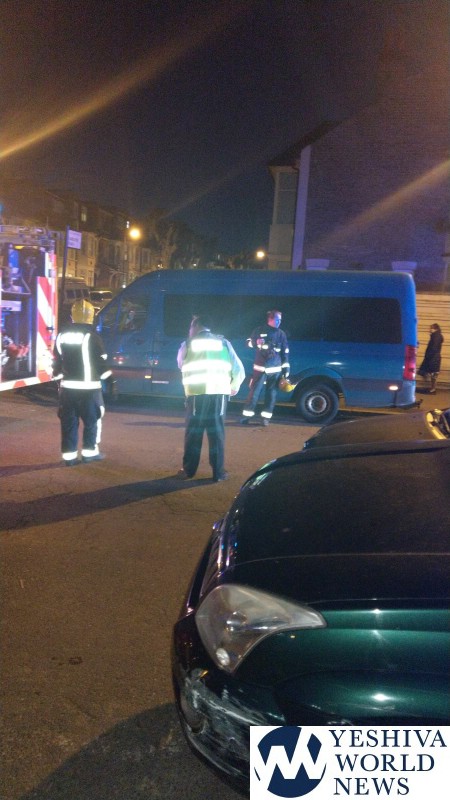 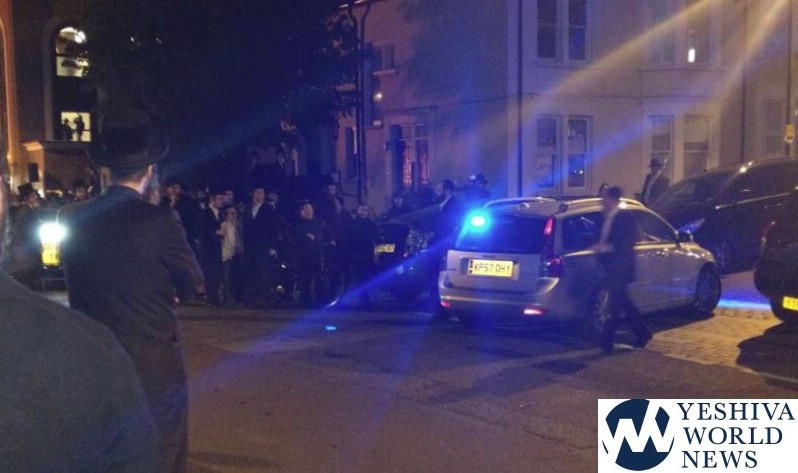 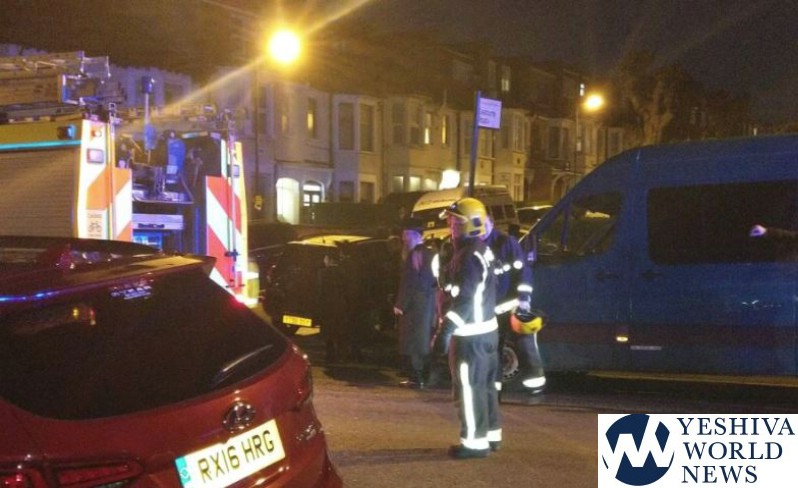