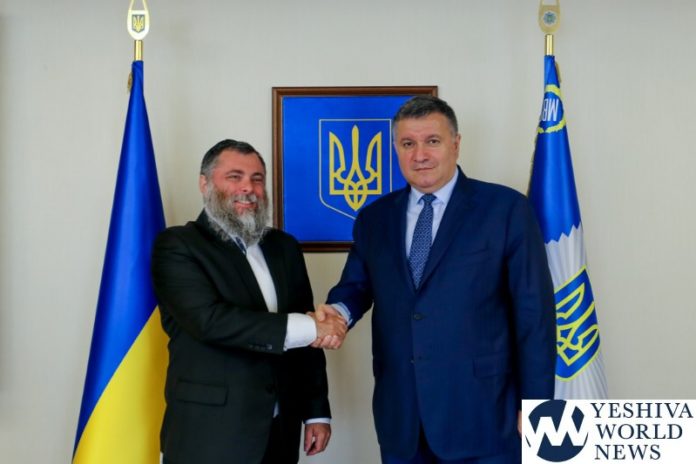 On Monday, 22 Iyar, Ukrainian Minister of Internal Affairs Arsen Avakov met with Rabbi Jonathan Markowitz, Chief Rabbi of Kiev, in the Ministry offices. Avakov orchestrated the meeting following a vicious wave of blatant anti-Semitic incidents in Ukraine which has become serious cause for concern among Jews in Ukraine, and specifically in capital Kiev. Tensions have been building up to the point that last week, in a protest staged in Odessa, extremist “Right Sector” leader Tatiana Soykina called publicly for the expulsion of Jews from the country.

Similarly, graffiti swastikas and inscriptions of “Heil Hitler” were sprayed onto the Grieving Mother Monument in Poltava in east Ukraine, a memorial commemorating 8,000 Jewish victims slain by the Nazis in Poltava in 1941. Not far from there, vandals also graffitied “Death to the Jews” on a monument erected over a mass grave of Holocaust victims.

Following the meeting, Minister Avakov sent an official letter to Rabbi Markowitz stating that any public declaration of racism, anti-Semitism or hate crime perpetrated for nationalistic or religious motives will be viewed as a crime against Ukraine, Ukrainian citizens, and national unity. Avakov likewise expressed that “We value the roles of religious leaders and public dignitaries and call for interfaith unity and dialogue.”

Rabbi Markowitz conveyed his thanks to the minister and replied that the quick response of law enforcement agencies to such crimes, like the investigation that was already launched against Soykina, is the key to national unity and peace. 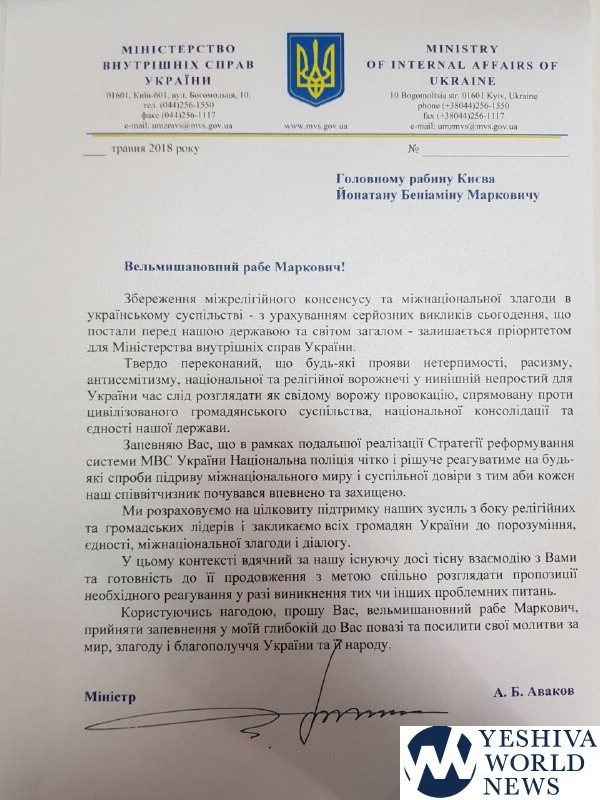