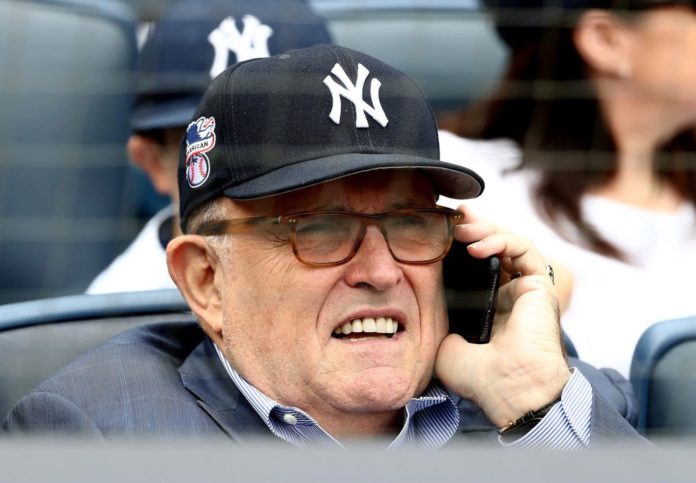 After the Yankees’ PA announcer said the former GOP presidential candidate was in the stands and wished him a happy birthday, the crowd erupted into boos.

Since going to the White House, Giuliani has made a strong effort to discredit the Mueller probe. On Sunday, Giuliani claimed the entire “basis” of the investigation into Russia’s election meddling was “illegitimate.”