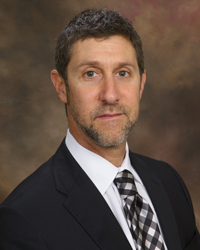 A retired barber accused of fatally shooting a California urologist was a patient who had an appointment with the victim and brought the gun with him to the exam room, prosecutors said Wednesday.

Stanwood Fred Elkus, 75, was charged with murder in the Monday attack that killed Dr. Ronald Gilbert.

The 52-year-old doctor was shot multiple times in the upper body at his office in the affluent city of Newport Beach in suburban Orange County.

Elkus, of Lake Elsinore, appeared in court Wednesday afternoon wearing an orange jumpsuit with his hands in his pockets, and told a judge he couldn’t afford an attorney.

Superior Court Judge Craig Robinson postponed his arraignment until March 5, and said Elkus would be assigned a public defender in the interim. He was being held without bail.

Elkus had appeared at the office seeking an appointment on Friday, though it was not clear with which of the three doctors who worked at the Orange Coast Urology Group, said Matt Murphy, the deputy district attorney prosecuting the case.

Elkus was told he could be squeezed into Gilbert’s schedule on Monday, when he waited in the exam room with a handgun before opening fire when the doctor walked in, Murphy said.

He then gave the gun to another staff member at the medical office and was arrested quietly, authorities said.

Investigators have found no evidence that Gilbert ever treated Elkus prior to the appointment, Murphy said.