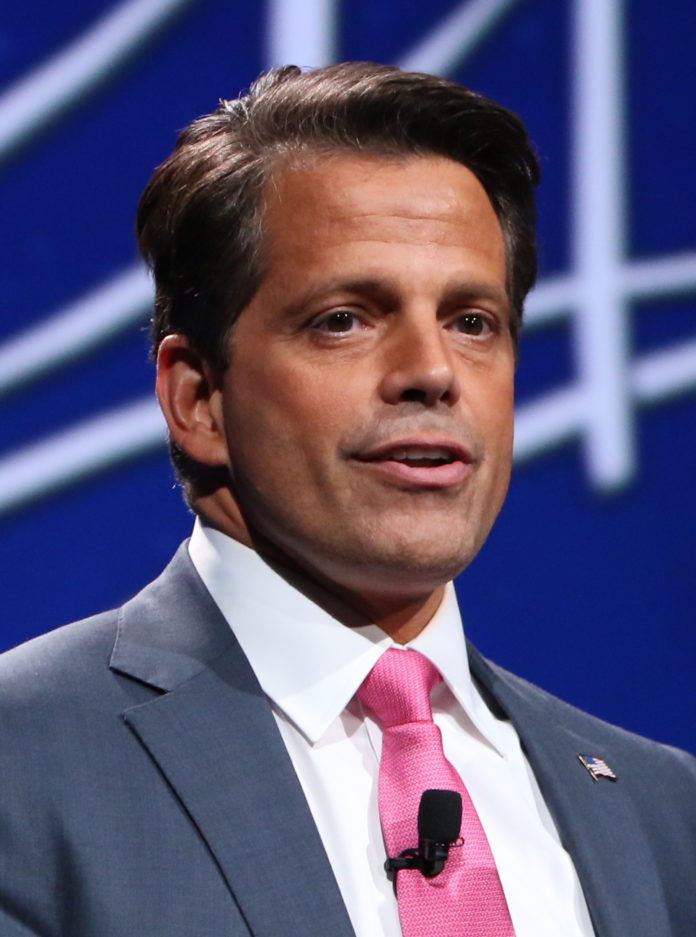 The strife and acrimony that has so infected the public discourse has become so pronounced that several major figures and opinion makers have had enough. They are worried about where all of this will end and what the future bodes for American children.

The latest major opinion maker to express his feelings on this is Anthony Scaramucci, founder and co-managing partner of SkyBridge Capital, who served briefly as White House Communications Director under President Trump.

In a seminal article published in The Hill, a prestigious publication that is a go-to website for anything political and is faithfully scoured by the ‘Who’s Who’ in Washington, Scaramucci, calls on all Americans – Democrats, Republicans and people of all faiths to emulate the teachings of the Chofetz Chaim and his, “teachings about the evils of gossip and disunity among people.”

Scaramucci’s call for civility in discourse was announced to coincide with the annual Day of Jewish Unity, the special day of achdus, limud and tefillah, sponsored by Acheinu, the kiruv arm of Dirshu this coming Friday, 27 Elul/September 7, 2018.

In The Hill article, Scaramucci unabashedly declares that he too will say a prayer on the Day of Jewish Unity and calls on all Americans to join him. “We as Americans can and must learn from our Jewish neighbors by not letting our differences define us. Please join me on September 7 in saying a prayer for unity in America, stability in Israel and peace for people around the world.”

Mr. Scaramucci is not the first major opinion maker to decry strife and promote Acheinu’s Day of Jewish Unity. A week earlier, Former Arkansas Governor and Presidential Candidate, Mike Huckabee, penned an article on Fox News, promoting The Day of Jewish Unity as an opportune time to follow in the path of the Chofetz Chaim.

Scaramucci writes, “The political and social discourse in America has grown so poisonous and partisan that I worry for our children’s future. We have forgotten the many values we share and what it means to disagree with civility. As a society, we must find a way to break the fever. John McCain knew how to reach across the aisle and work with people with whom he did not always agree.”

Scaramucci then invokes the Chofetz Chaim and the Day of Jewish Unity. “His passing comes just weeks before the annual Day of Jewish Unity, which is celebrated each year in memory of a rabbi known as the Chofetz Chaim. This rabbi’s chief contribution to Jewish thought was teachings about the evils of gossip and disunity among people. Acheinu, the outreach arm of the Jewish education organization Dirshu, created this day originally to unify the Jewish people but is also asking people of all faiths worldwide to unite in prayer for global peace and stability.”

Then, introspectively, Mr. Scaramucci invokes his own childhood and his first horrifying encounter with the evil barbarism of the Holocaust and the evil power of hateful speech. “Although I grew up with many friends of the Jewish faith, I first learned about the Holocaust in elementary school when a classmate’s relative joined our class to discuss his experiences. I was horrified. It opened my eyes to what true evil looks like, and what can happen in the world when good people fail to act.”

He concludes with a charge and a challenge to try to rise above angry partisanship and acerbic attacks on those with whom we disagree. “We are all to blame for the current divisions because too often we let a few bad apples turn us against each other. I know how hard it can be to restrain yourself when you feel attacked, but we must find it in ourselves to confront evil while remaining open to other reasonable points of view.”

Scaramucci’s article in a prestigious forum like The Hill, is another remarkable tribute to the global reach of Acheinu and the kiddush Hashem that they are promoting, both in the Jewish Community and beyond.

Indeed, on his Twitter Feed, Scaramucci, summed it up succinctly, “Senator McCain’s passing should serve as inspiration for all of us to find common ground. Please join me on September 7, the Day of Jewish Unity, in saying a prayer for global peace and stability.”