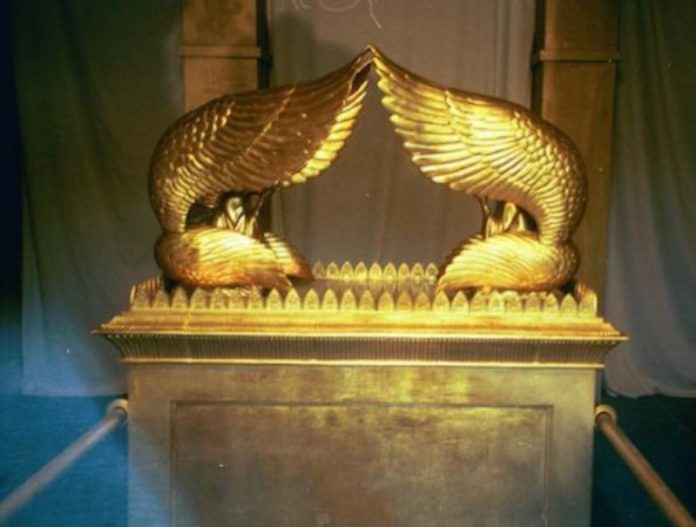 The US-based Bible Archaeology Search and Exploration Institute (BASE), a dubious organization, has announced that its scholars have (allegedly) pinpointed the location of the Aron Hakodesh from the Bais Hamikdash.

According to the BASE archaeologists, the Ark, a chest said to contain the two stone tablets inscribed with the Aseres Hadibros, was first shipped out to Egypt and then taken to Ethiopia.

“As unusual as this may sound, the BASE team has uncovered compelling evidence that the Ark may well have been spirited up the Nile River to an eventual resting place in the remote highlands of ancient Kush–modern-day Ethiopia,” BASE said, noting that while their theory is not 100 percent foolproof, it has “strong potential.”

The researchers claim that “a sect of Jews driven by King Manasseh from Israel took the Ark with them and transported it to Egypt from where they eventually sailed up the Nile to Ethiopia”.

BASE investigators pursuing this lead eventually arrived at the Church of Our Lady Mary of Zion in the city of Axum, whose priests claimed that the Ark was indeed contained within.

The investigators however were refused access to the alleged relic, as apparently only a guardian monk keeping a lifelong vigil over the Ark can see it.

“At this juncture, we cannot say with certainty that it is, but neither can he say for certain that it isn’t,” the investigators said. “What we have concluded is that St. Mary’s of Zion church in Axum, Ethiopia, is the resting place either of an incredible replica of the biblical Ark of the Covenant, or, of the actual Ark of the Covenant itself.”

The following are excerpts from the BASE Institute investigation:

Our research on-site in Ethiopia led us to the shores of Lake Tana, a body of water 53 miles long and 41 miles wide, located on the headwaters of the Blue Nile. Isolated far out on the waters of Lake Tana is Tana Kirkos Island, considered by the Ethiopians to be a holy island, populated only by Ethiopian, Christian monks.

The monks of Tana Kirkos believe they are living on the island where the Ark of the covenant rested, and where Levitical-style blood sacrifices were performed until 338 A.D., when the nation of Ethiopia converted to Christianity.

The monks of Tana Kirkos escorted us to a high plateau where they showed us several large, moss-covered stones which they said had previously been used in sacrificial ceremonies when the Ark of the Covenant was on the island. They also told us that the rock surface on which we stood had been the location of a tabernacle-like tent that had housed and protected the Ark.

Intrigued that a tent had been on the rock surface, I excavated some loose topsoil and discovered four hand-carved socket holes, spaced to create a 13′ by 13′ square, oriented in a north-south/east-west configuration, apparently to emulate the original Holy of Holies.

The monks then asked me if I would care to see implements from Solomon’s Temple. Intrigued by their statement, I waited expectantly while a monk approached a large mud-brick building, unlocked a heavy latch and lock (the only signs of modern society present on the island), entered and then emerged with four large, heavy artifacts. I first was shown two large metal forks, which they claimed were meat forks used for burnt offerings in Solomon’s Temple. They were about 4-1/2 feet long and bore the ancient symbol of a budding almond flower on the top of each one.

Next the monks showed me a large, bronze bowl that was approximately 22″ across and 2″ deep. They referred to the bowl as a “gomer,” and described it as a vessel in which priests placed animal blood during temple ritual, stirring the blood occasionally to keep it from coagulating. Finally, the monks showed me a metal stand, approximately 3′ high, designed to hold the bronze bowl, though extreme age had caused the metal of the stand to fatigue and droop.

I asked the monks why these items remained on the island, and they told me that, in 338 A.D., King Ezana was converted to Christianity by a Syrian monk named Abba Salama. Since Christianity was then decreed the new religion of the country, blood sacrificial ceremonies were no longer used, and the implements were rendered obsolete.

My next question was key: If the implements of sacrifice were left with the monks, what happened to the Ark of the Covenant? I was told the Ark itself was taken to Axum, where today it is kept in absolute isolation at St. Mary’s of Zion Church.

We next journeyed to Axum, the purported resting place of the Ark of the Covenant, and made our way to St. Mary’s of Zion Church. There I was introduced to a man referred to as “The Guardian of the Ark of the Covenant.” This man, reportedly, lives his entire life inside a fenced-off area surrounding St. Mary’s of Zion. He will not leave this fenced-off compound until he dies–when he will be replaced by the next Guardian of the Ark. In the chapel of the church, 30 robes from 30 previous guardians are on display – and every one of those 30 professed that the object they protected was the true Ark of the Covenant.

I was able to speak, through an interpreter, with the Guardian of the Ark, who told me that no other man besides himself could lay eyes on the Ark, that it was an absolutely holy object. He said that the world would not be allowed to pollute it by looking at it. He added that he and the villagers would protect the Ark with their lives, if necessary.

Interestingly, we were shown two silver trumpets that bore a remarkable similarity to the trumpets pictured on the arch of Titus in Rome, commemorating the Roman conquest of Jerusalem and the destruction of the Temple in 70 A.D. Trumpets like these were an essential part of the implements used in Temple worship.

Subsequent to this initial investigation, we located and interviewed two people who have claimed to have seen the object resting in St. Mary’s of Zion. The first was a 105-year-old priest who once was the Administrator at St. Mary’s of Zion. On two occasions, he said, when the Guardian of the Ark died and a new guardian was trained in the worship rituals, he was able to gaze upon the relic.

In his detailed inventory of the treasury, he described the Ark as a gold box with two winged angel-like creatures on the top. He described 24 smaller angelic-type figures forming a molding around the top, with two green stones (not described in the Bible) at either end.