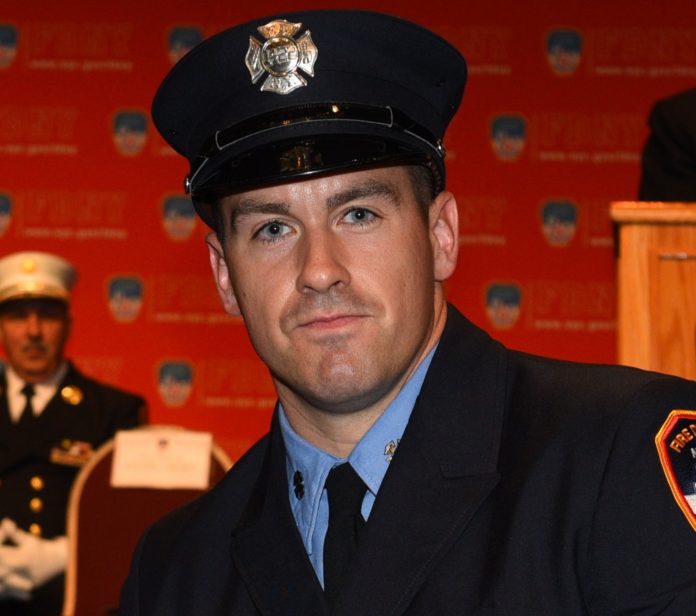 An FDNY firefighter was tragically killed on Sunday night, after he fell off a bridge while working at the scene of a car accident in Brooklyn.

He was identified as probationary firefighter Steven H. Pollard.

FDNY Commissioner Daniel Nigro said Ladder Company 170 in Brooklyn was called to a two-car accident with injuries on the Belt Parkway, near the old Mill Basin Drawbridge located just east of Flatbush, on Sunday at 10 p.m.

As the firefighters were going to help the victims, Pollard slipped through a gap in the roadway and fell approximately 52 feet to the ground below. He was pronounced dead at a Kings County Hospital.

NYPD Police Commissioner James O’Neill tweeted early Monday that the entire department sends its condolences to the family, friends and colleagues of the unidentified firefighter who fell Sunday night. ”#NYC will never forget your sacrifice,” the tweet read.

“It’s an incredibly sad night for the Pollard family, for the Fire Department family, and for our city,” Nigro said. “He lost his life tonight in the process of helping others.

Pollard is the 1,151st member of the FDNY to die in the line of duty, the statement said. He comes from a family of firefighters including his father, Ray Pollard, of Ladder 102 in Brooklyn and his brother Ray Pollard Jr. who is an active member of Ladder Company 114. He is also survived by his mother.

NYC Mayor Bill De Blasio and O’Neill went to the hospital after the accident.

“This is a family who has done so much for New York City and now they’re going through this loss and this pain. It’s a very, very tough situation,” de Blasio said.