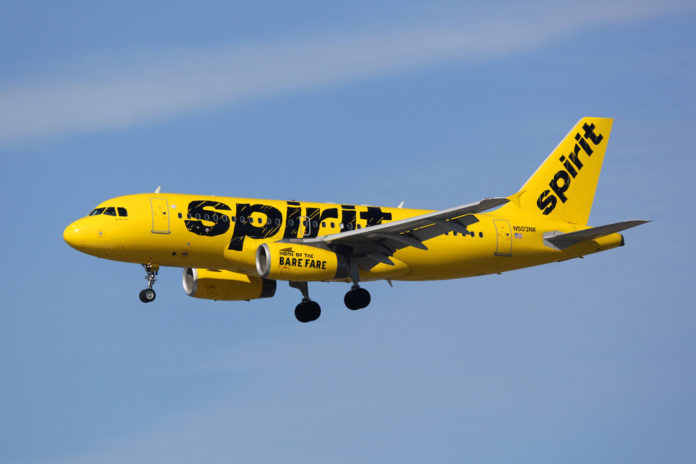 When Chani and Yisroel of Boro Park checked in on Tuesday, January 8, 2019, for their Spirit Airlines flight #521 from Newark airport to fly to their vacation destination at Fort Lauderdale with their three daughters ⎼ ages 3, 2 and 1 month-old ⎼ all was normal with their check-in process. Upon arriving at the designated gate for their departure they requested permission from the gate agent to take their baby’s carriage onboard after demonstrating that it, in fact, converted into a car seat for the infant. Permission was granted, and thus they boarded the flight with their carriage and babies in tow without incident.

Once on the plane, as they were preparing for takeoff and already in their seats, a stewardess informed them that they could not have the car seat on the plane and that it must be removed ⎼ this despite their protestation that it had already been approved by the gate agent. The infant was unbuckled from her seat when the car seat was forcibly removed by a steward, all the while the other two daughters were left crying as this unfolded. A bad start to a flight that would only get worse.

During the flight, Yisroel joined his wife and three daughters in their three-seat row, taking the 2-year old on his lap. The steward ordered him back to his seat because regulations did not allow for five people to be seated in a single row, adding that there were not enough oxygen masks in the case of an emergency. Yisroel readily complied and returned to his seat without further incident.

At the flight’s end, an announcement was made for all passengers to remain seated as two police officers and two managers from the airlines came onboard to escort Chani, Yisroel and their three daughters off the plane as though they were criminals. They asked the police what crime had been committed and received no response other than from the airline manager who claimed they weren’t wearing seatbelts. Adding insult to grievous injury, the family was informed by the airline’s managers that they are no longer welcome on any Spirit Airlines flights in the future and that their return flight would not be honored; ‘find another flight home’ they were told, leaving the parents stunned and the young girls crying inconsolably.

An eyewitness on the same flight was also shocked by the way this family was treated and came forward stating he overheard the steward who was involved in the confrontation complaining to the other stewardesses about “those retarded Jews.”

“This insulting and denigrating anti-Semitic remark is inexcusable,” said former Assemblyman Dov Hikind. “This family was traumatized, and their family vacation ruined by the unprofessional behavior of the airline staff. The comment about ‘retarded Jews’ qualifies the steward for dismissal. Spirit has much explaining to do.”

Spirit spokesman Derek Dombrowski said the family have not yet contacted the airline, but that “records indicate that this guest ignored flight and ground crew instructions multiple times, beginning with the boarding process and continuing through landing.”

He said the airline will “launch an investigation and take these matters very seriously.”