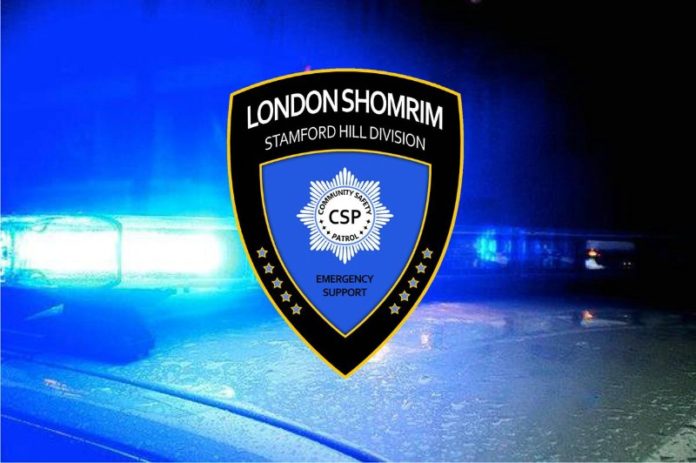 A Shomrim member was viciously assaulted in Stamford Hill, London on Tuesday night, in what volunteer neighborhood watch group says was the first attack ever against a volunteer.

Shomrim tells YWN they were alerted to a group of teens vandalizing Jewish-owned vehicles on Spring Hill, which has been a recent trend in the primarily Jewish neighborhood. A Shomrim member arrived at the scene at around 8:30PM, and police were called.

After exiting his vehicle along with the complainant, the member was suddenly attacked with a large object and repeatedly punched in the face. He sustained serious damage to his eye, and was rushed to a hospital by Hatzola.

The attackers ran off into the nearby Springfield Park, where they could not be followed in the darkness.

The victim, in his mid-20s, is a resident of the neighborhood and is an Avrech in a local Yeshiva.

Shomrim shared a close-up photo of the victim that showed him with a bloodied eye. A Shomrim spokesman said it was the first attack against one of its members since the group was established in 2008.

NOTE: Shomrim requested the graphic image attached in the tweets below be published in the hope that some witnesses come forward due to the viciousness of this attack.

Anyone with information about the incident can contact the Metropolitan Police on 101 with the crime reference number Cad 7298 12/02/2019.

@MayorofLondon nothing to say anout these brave volunteers who do more than you have to keep londoners safe https://t.co/OgeqNnx0y3