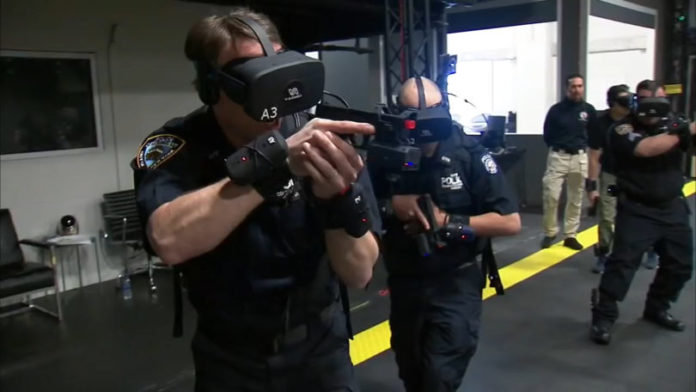 The following is via ABC7 NY:

Imagine the possibilities if the NYPD could conduct active shooter training drills at the World Trade Center?

Now because of virtual reality they can.

A couple hundred NYPD officers have taken part in a week-long this pilot programlast month at a state-of-the-art facility in Williamsburg, Brooklyn. It is the first time the NYPD is using VR.

“It adds another whole component. You can change the scenarios. You don’t need that much space. So we’re taking a good look at,” says NYPD Counterterrorism Deputy Chief John O’Connell. “I get more scenarios in, in a much shorter time… you get really immersed. There’s a lot of heart pounding and it’s very realistic,” says NYPD Counterterrorism Officer John Schoppmann.