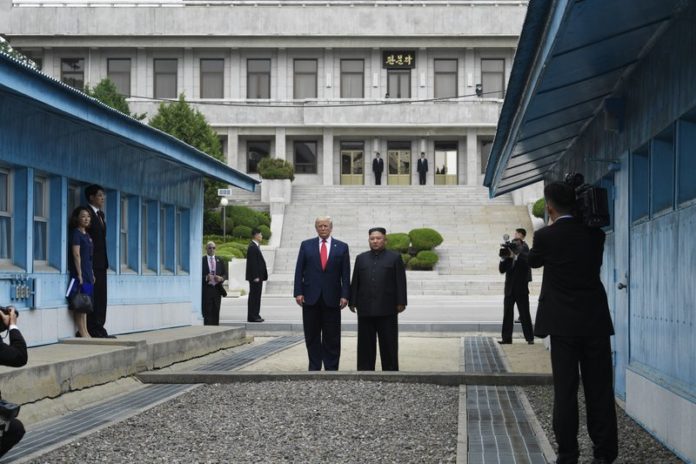 Stephanie Grisham replaced Sarah Sanders as White House press secretary only recently, but Grisham reportedly has already been injured on the job.

Grisham suffered bruises when a scuffle broke out Sunday between North Korean security guards and members of the media trying to get close to President Trump and North Korean leader Kim Jong Un as they shook hands at the Demilitarized Zone, the Associated Press reported.

The new press secretary was reportedly pushing back against the guards, trying to help members of the White House press corps position themselves to cover the historic moment between Trump and Kim.

This is the moment White House Press Secretary Stephanie Grisham got into a scuffle with North Korean security guards who were blocking US journalists pic.twitter.com/WSBkdDw17g

Several reporters tweeted about the clash between the guards and the media.

It was not immediately clear if Grisham required medical attention or if anyone else was injured or detained by the guards.

Grisham, 42, had been a spokeswoman for first lady Melania Trump before being named last week as the successor to Sarah Sanders, whose last day at the White House was Friday.

Grisham was seen on camera pushing back North Koreans who were blocking US press. Shouting "Go! Go!" as she created a path for press to join the Trump-Kim meeting. https://t.co/smFer0JwGw