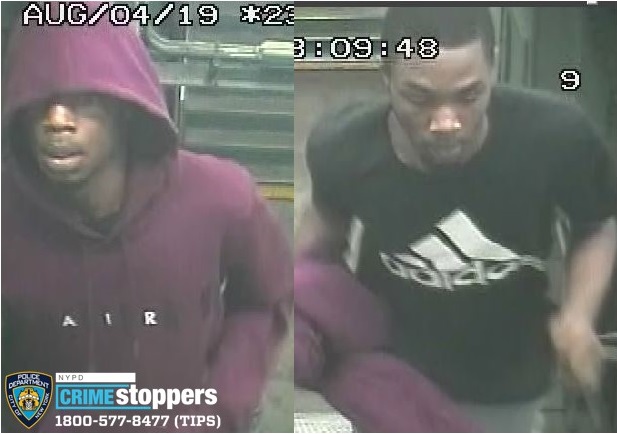 The two thugs wanted for at least 7 gunpoint robberies in the Boro Park area were arrested early Wednesday morning following an attempted robbery and shooting.

Sources tell YWN that at around midnight the pair tried robbing a victim in the area of 32 Avenue O. For reasons unknown, they fired shots at the victim, striking him in the leg. He was taken to Maimonides Hospital.

The NYPD had placed dozens of extra officers in the area over the past few days, and responded in seconds to the incident. Thankfully, both men were apprehended, and confirmed to be the men responsible for the previous robberies.

As YWN has been reporting, there have been at least 7 prior robberies within the confines of the 66 Precinct, 62 Precinct, and 68 Precinct. In all the incidents, the individuals utilized the “D” train and the “N” train in order to move to/or from each incident location.

Between 10:00PM, July 31, 2019 and approximately midnight on August 9th 2019, two individuals approached seven males and displayed a firearm and demanded the victims’ property. In each case, the individuals remove cellular phones, cash, and jewelry.

The locations are as follows:

The exact charges agaisnt them will be published when they become available to us.