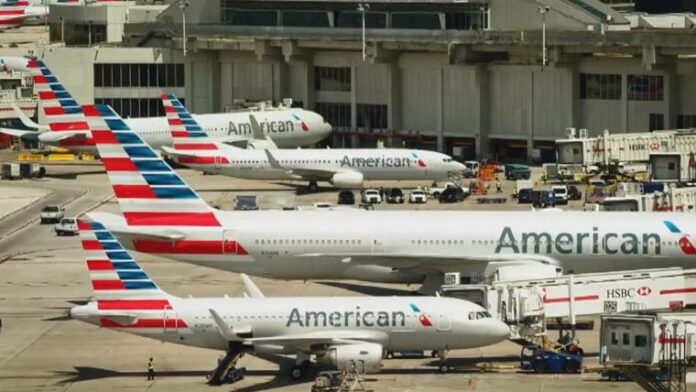 An American Airlines mechanic accused of disabling a navigation system on a flight scheduled to take off from Miami International Airport appeared in federal court Wednesday morning, at which time he was denied bond.

A co-worker also told government officials that Alani had once said his brother was a member of ISIS and that he traveled to Iraq in March to visit him.

Alani’s roommate, however, told authorities the trip was not to visit his brother, but had been because his brother had been kidnapped, prosecutors said.

It’s unclear whether the co-worker and roommate were speaking about the same brother as prosecutors said Alani has numerous relatives currently living in Iraq.

Alani was born in Iraq but is a U.S. citizen.

According to a federal criminal complaint, Alani admitted to sabotaging the airplane July 17 as it was scheduled to fly from Miami to Nassau, Bahamas, because he was upset about stalled union contract negotiations.

“Further inspection revealed the ADM appeared to have been deliberately obstructed with what appeared to be a dark Styrofoam-type material,” Jose Ruiz, a senior federal air marshal with the Transportation Security Administration, wrote in the affidavit.

Upon reviewing surveillance video footage, Ruiz wrote, a man could be seen driving up next to the plane in a white pickup truck, getting out and accessing the compartment where the plane’s ADM is located. The man, later identified as Alani, spent about seven minutes fidgeting with equipment in the compartment before he returned to his truck and drove away, Ruiz wrote.

When interviewed about the incident, Alani admitted to tampering with the ADM, inserting a piece of foam where the line connects to the system and then using super glue to keep the foam in place, the affidavit said.

“Alani stated that his intention was not to cause harm to the aircraft or its passengers,” Ruiz wrote.

According to the affidavit, Alani claimed he tampered with the plane to cause a delay or have the flight canceled so he could obtain overtime work.

There were 150 people on the plane when the flight was aborted.