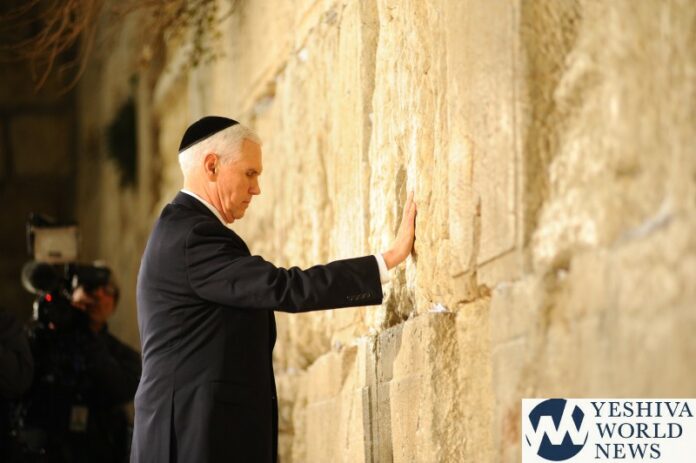 Mike Pence was making headlines on Thursday while on his visit to Israel where he delivered a stirring speech at the World Holocaust Forum in Jerusalem.

While walking into the event, Pence was greeted by Israeli Prime Minister Benjamin Netanyahu. Thanks to hot mic, Pence was heard saying “We are contending. He’s unstoppable, like someone else I know.”

It is unclear what Pence and Netanyahu were discussing or the context of the remarks captured on the microphone, but all assume Pence was referring to President Trump and Prime Minister Netanyahu.

Just a few moments later, a video captured what appeared to be Prince Charles snubbing Pence. The video shows Prince Charles skipping over Pence as he stopped to shake hands with other world leaders in Jerusalem Thursday at the World Holocaust Forum.

However, the two shook hands and chatted backstage at the forum, Pence’s team stated. The Clarence House, the household of the Duke and Duchess of Cornwall, also confirmed Pence and Charles spoke beforehand.

“Vice President Pence and the Second Lady spoke with Prince Charles for five minutes in the preprogram before they entered the hall,” Pence’s press secretary Katie Waldman said in an email to USA TODAY. “Also, they shook hands at the end of his remarks.”

Meanwhile, Pence also made headlines as he (attempted) to recite Kaddish at the end of his speech. Pence deserves an “A” for effort!

Later on Thursday night, Netanyahu was meeting with US Vice President Mike Pence at the US Embassy in Jerusalem. 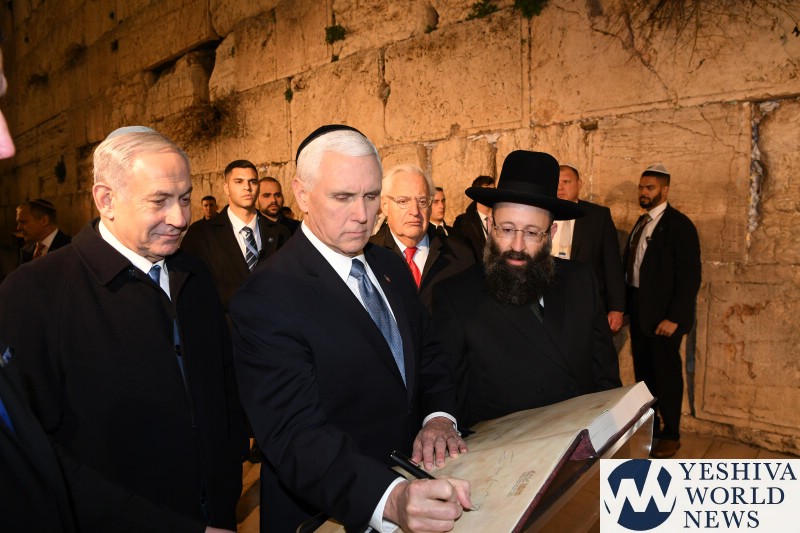 Pence spoke on behalf of the United States, joined by leaders of more than 40 nations, at Israel’s Yad Vashem World Holocaust Remembrance Center, commemorating the 75th anniversary of the liberation of Auschwitz.

“We gather to fulfill the solemn obligation, an obligation of remembrance, to never let the memory of those who died in the Holocaust to be forgotten by anyone anywhere in the world,” Pence said. “Today we remember what happens when the powerless cry for help and the powerful refuse to answer.”

Pence honored not just those killed by the Nazis, but those who survived. 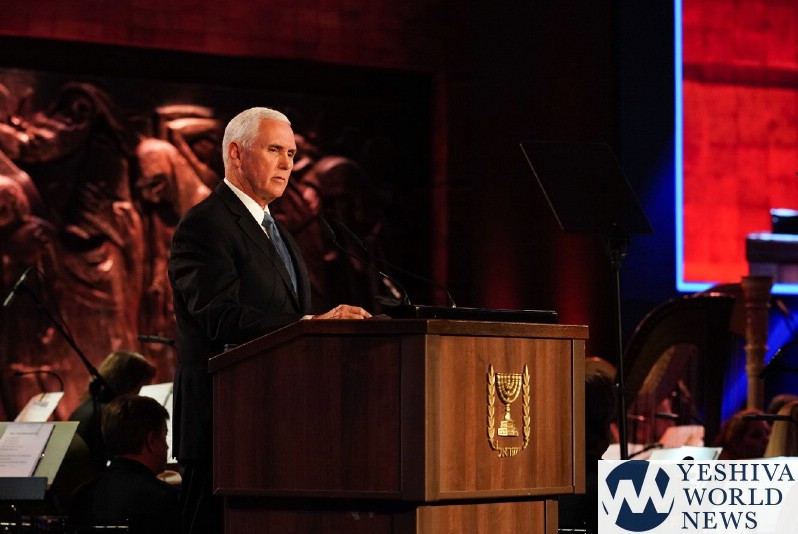 “Today we mourn with those who mourn and grieve with those who grieve. We remember the names and the faces and the promise of the 6 million Jews who were murdered in the Holocaust,” he said. “Today we also pay tribute to those who survived, who all these years have borne witness to that evil and have served mankind by their example.”

The vice president then discussed what he called “the leading state purveyor of anti-Semitism” and the only government whose state policy denies the Holocaust even happened.

“The world must stand strong against the Islamic Republic of Iran,” Pence said, drawing applause from the audience.

“And finally,” Pence said, “we must have the courage to recognize — all the leaders and the nations that are gathered here — that today we have the responsibility and the power to ensure that what we remember here today can never happen again.” 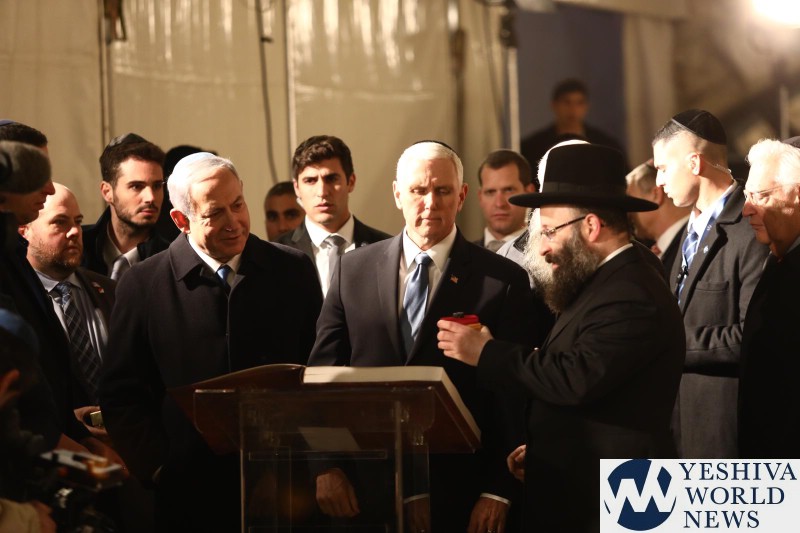 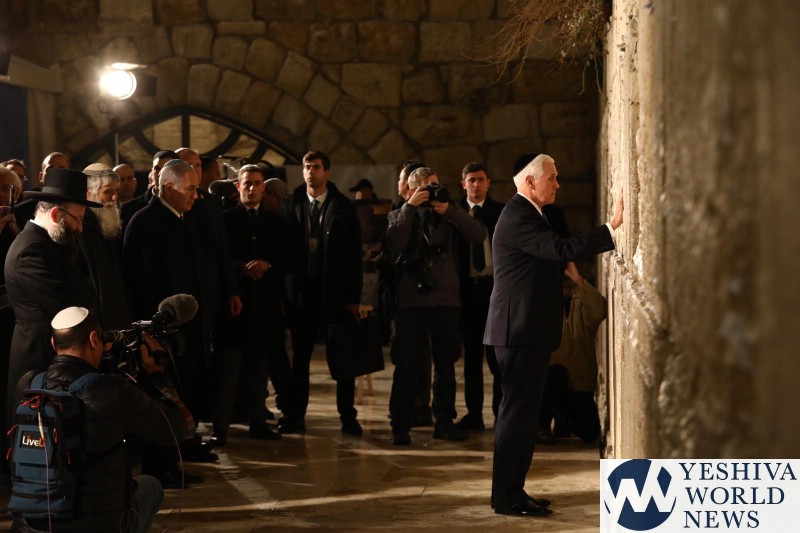 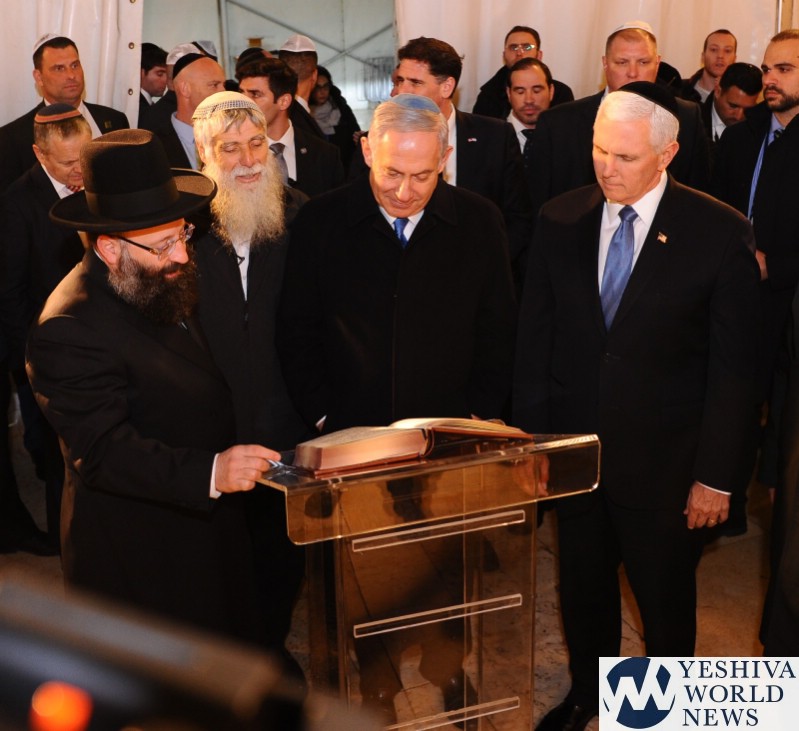