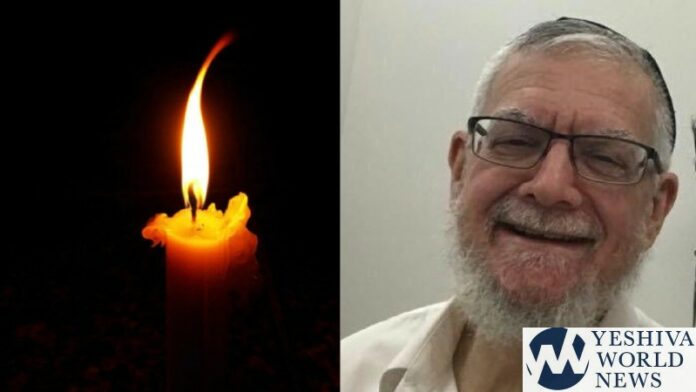 YWN regrets to inform you of the Petira of R’ Yaakov Meltzer Z”L, a resident of the Kew Gardens section of Queens. He was 60.

The Niftar was a member of Queens Hatzolah for more than 35 years.

The Niftar learned in the Kollel at Yeshiva Shaar Hatorah in Queens for many years, and became a P.A. around 20 years ago to support his Mishpacha. He was a tremendous Talmid Chochom, and was well-known in the community.

He was a very respected P.A., who helped thousands of people while working at Quality Healthy Care in Williamsburg.

Unfortunately, he he suffered from a heart condition and tested positive for COVID-19 while in the hospital being treated for cardiac issues.

He was Niftar on Tuesday morning.

Levaya details were not available.