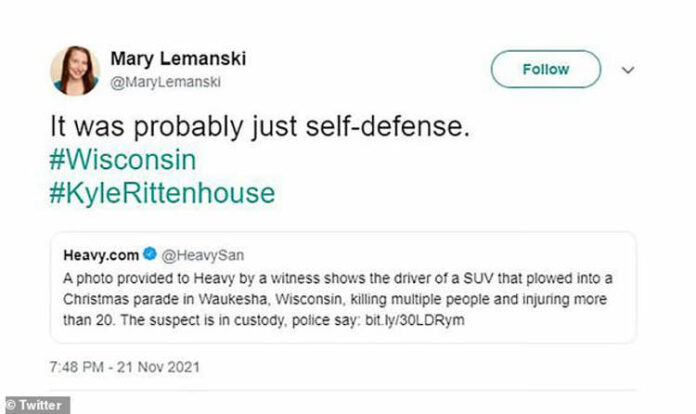 A Democrat from Illinois who portrayed yesterday’s deadly ramming in Waukesha, Wisconsin as payback for the deaths in the Kyle Rittenhouse case, has resigned after a massive outcry.

Mary Lemanski resigned as social media director of the Democratic Party of DuPage County, Illinois, after making the comments on social media.

“It was probably just self-defense,” Lemanski wrote on Twitter after the deadly Waukesha incident, including the hashtags #Wisconsin and #KyleRittenhouse.”

“Living in Wisconsin, he probably felt threatened,” she wrote in another post. “I’m sure he didn’t want to hurt anyone. He came to help people,” a reference to the defense’s argument in the Rittenhouse case.

“The blood of Kyle Rittenhouse’s victims is on the hands of Wisconsin citizens, even the children,” she shockingly wrote. 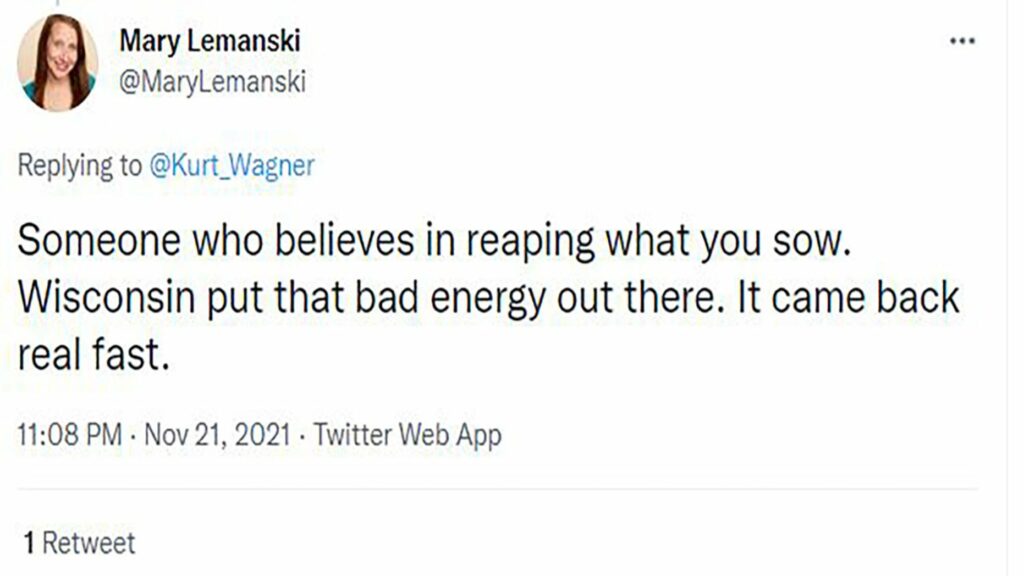 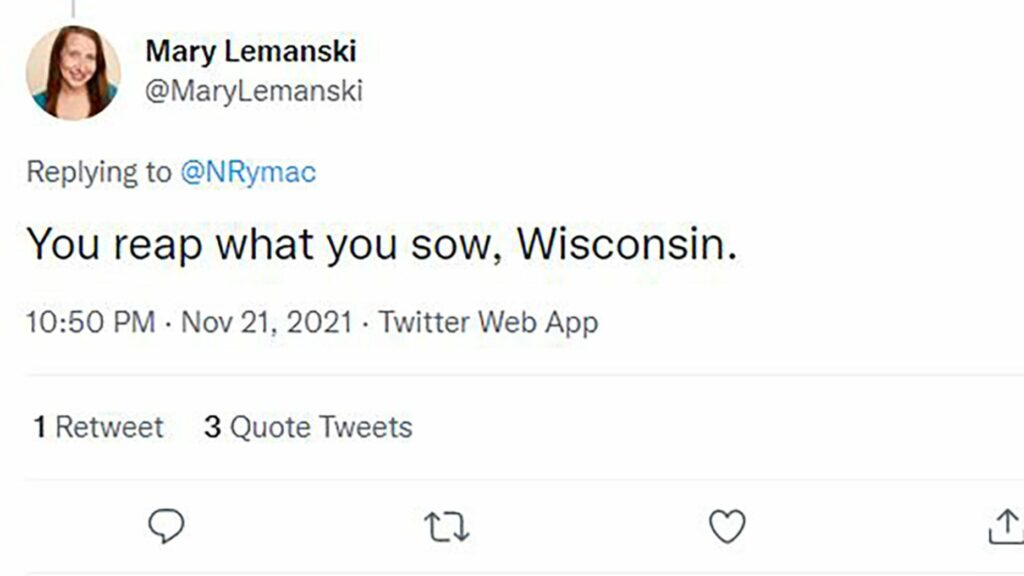 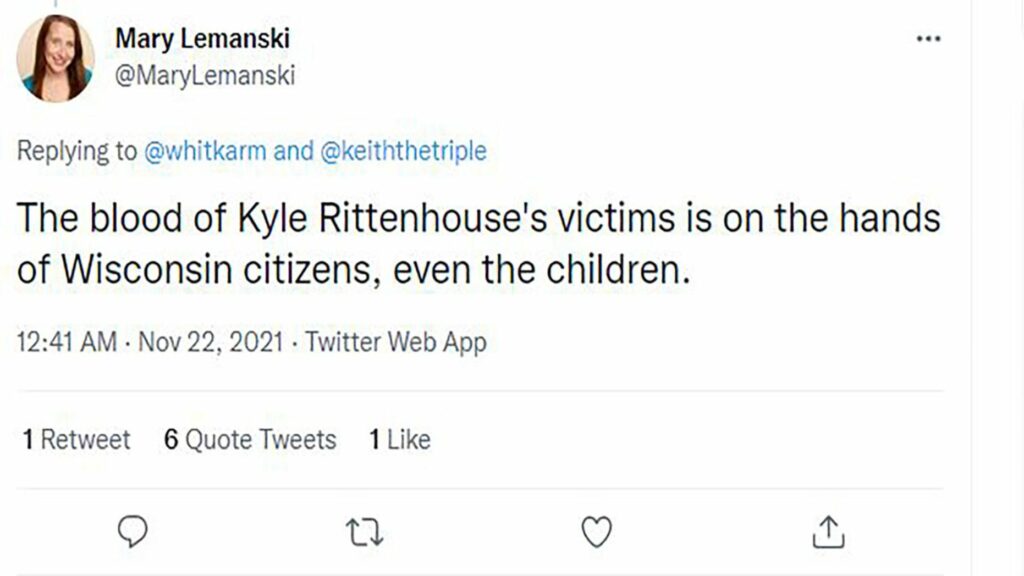 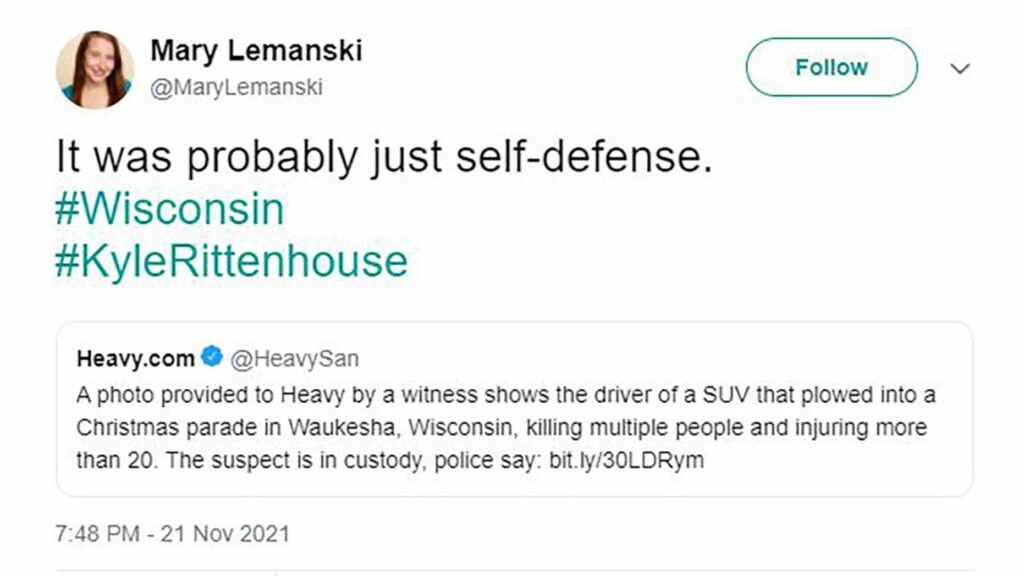