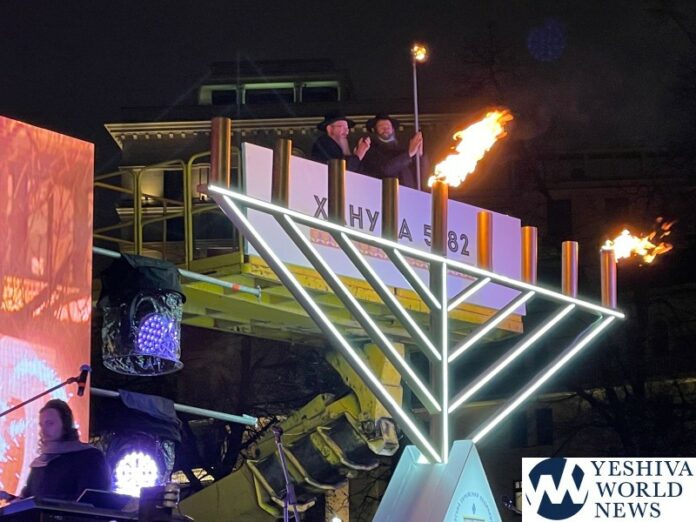 Rabbi Berel Lazar, the chief Rabbi of Russia, lit a massive menorah on the first night of Chanukah at the Kremlin in Moscow on Sunday, with many dignitaries and thousands of Russians in attendance.

The lighting of the menorah this year was in doubt for a while due to the ongoing Covid-19 pandemic, but following a personal request from Rabbi Lazar, the annual event was given permission to go forward.

The hadlakas neiros was led by Rabbi Lazar in conjunction with the chairman of the Jewish community in Russia, Rabbi Boruch Gorin, and included dancing and singing led by Moti Cohen and Moti Eidensohn, who flew in from Israel for the event.