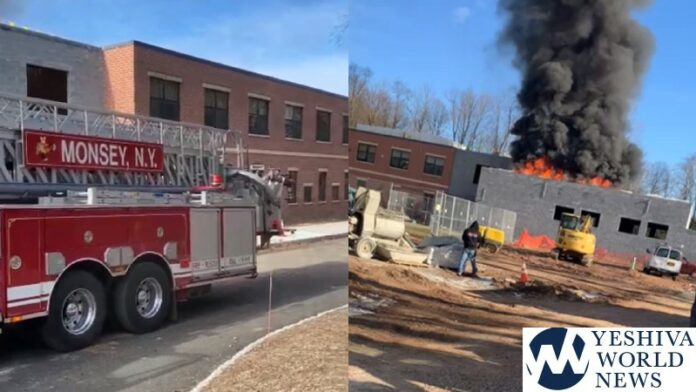 A fire broke out at Yeshiva of Spring Valley Girls School (YSV), located at 143 Grandview Ave., on Monday. Heavy smoke could be seen billowing from the campus as firefighters raced to contain the blaze.

The fire ignited in an unoccupied new section of YSV currently under construction. Hundreds of girls in school today were safely evacuated from the campus. No injuries have been reported.

Rockland Chaveirim units have responded to the scene and arranged for heated buses to be placed near the school so that the girls could be placed in a warm environment and out of the frigid cold.

UPDATE 1:10PM: Sources tell YWN that since the school building has B”H been unaffected by the fire, they will be reopening in 30 minutes and parents should not be running to pick up their daughters.