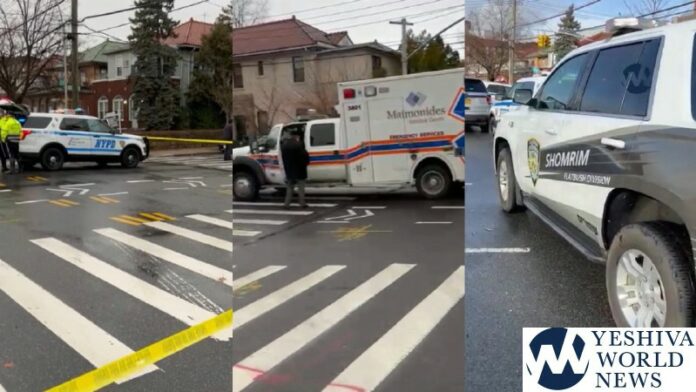 A young girl was tragically struck by a hit-and-run vehicle in Flatbush, Monday morning.

Sources tell YWN that the 15-year-old girl was making her way to Madison High School,  when she was struck by a vehicle at the intersection of Bedford Avenue and Avenue P. FDNY EMS as well as Flatbush Hatzolah responded to the scene. Unfortunately, she was pronounced dead at the scene.

The NYPD was on the scene conducting an investigation, and the streets were closed to traffic. Flatbush Shomrim was requested by the NYPD to assist in obtaining security camera footage from nearby homes.

It appears the the victim was struck by a yellow school bus that was making a turn, and the driver was unaware that he had struck the victim. The NYPD is attempting to locate the bus and driver.

The young girl resides in the Bensonhurst section of Brooklyn. Her identity was pending proper family notifications.

The Misaskim Organization has determined that Chevra Kaddisha services were unfortunately needed in this tragic incident.