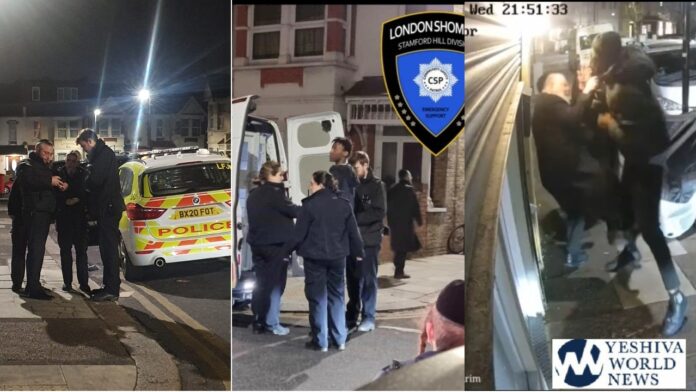 Two frum Jews were beaten by an assailant in an unprovoked attacked in Stamford Hill, London, on Wednesday night.

Security footage from the incident shows two Jews talking to each other on Cadoxton Avenye in Stamford Hill, when a black male approaches them and apparently makes a comment as he passes. The perp then returns to the men and begin punching them, causing one to fall to the fall.

Thankfully, neither was seriously injured, but they were still transported by Hatzolah to a local hospital for treatment.

The suspect was immediately tracked down by London Shomrim, and arrested by police a short time later.