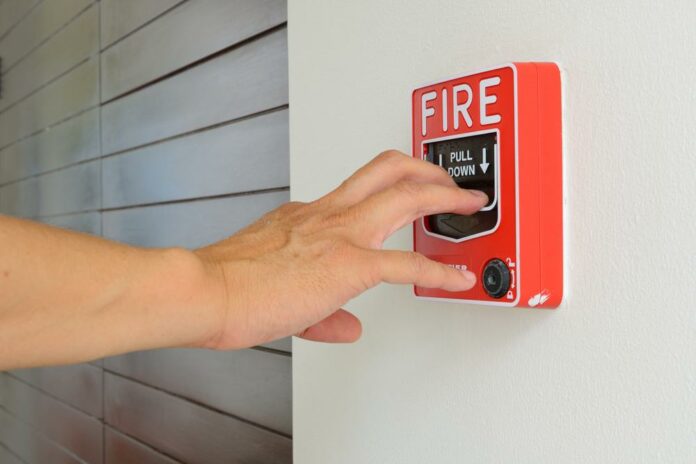 It was Adar, the time when pranks and such become a bit more common. On account of this, some of the kids in school incorrectly took the notion of “Mi’shenichnas Adar marbim b’simcha” to an extreme.

One of them had pulled the fire alarm.

The bells sounded, the fire department came, and, needless to say, the school got a firm warning about the matter.

The reaction from the hanhalah was fast and furious. “Any person who knows who did it must come forward. If not, the entire school will be punished.”

The students called parents. Parents went into action, and a local and powerful rav protested. “How could the school insist on such a thing? It is lashon ha’ra. The students may not tell.”

What is the halacha?

The Chofetz Chaim in his Be’er Mayim Chaim 31 writes that a beis din may ask of people questions that would appear to be lashon ha’ra in order for a beis din to get to the truth—to show that an action may have been properly done. But does this also apply to a school or is it just limited to a beis din?

Rav Chaim Yehuda Kohein, a moreh hora’ah of the Eidah HaChareidis, in Kol HaTorah (vol. 54 Nissan 5763), extends it to a school as well. He rules that a school or a rebbe is permitted to ask questions that will elicit answers to find out who did something. They should explain that it is for a benefit and therefore not to be considered lashon ha’ra.

Presumably, the rav consulted in the aforementioned story based his response on the responsa of no less an authority than Rav Moshe Feinstein, zt’l.

On November 14, 1966, Rav Moshe wrote a letter (Igros Moshe Y.D. II #103) as a response to an inquiry from a mechanech at the Eitz Chaim School in Toronto, Canada, Rabbi Yisrael Yitzchok Cohen. A second letter (printed in one of the newer Igros Moshe Y.D. IV #30) written on June 12, 1981, to Rabbi Meir Monk, further clarified his position.

He writes in the first responsum:

“And in the matter of whether a teacher may ask of the students if they know who did this negative thing that they should inform him, this is an ugly thing to do. For it causes them to take lashon ha’ra lightly. And even the comparison to that which Hashem said to Yehoshua (Sanhedrin 43), ‘And am I a talebearer to you?’ is not comparable. For there, it will become known through the gorel, and the punishment will be fulfilled. Whereas here, it is possible that it will not become known. Therefore, if the purpose of it was for the intent of tochachah for the right purpose—i.e. through this they will be punished and improve themselves—it would possibly have been permitted. We find something similar in Eirachin (16b), where Rabbi Yochanan ben Nuri says, ‘Many times did Rabbi Akiva get punished on account of me before Rabbi Gamliel.’ This was tochachah lishmah, with the correct intentions, and it was necessary that Rabbi Gamliel be made aware of it. This is also certainly true regarding the case of Rav Huna and Chiya bar Rav who told Shmuel on him. It was necessary for Shmuel to know of it. This, however, is only applicable when he awakens upon himself to tell the rebbe of his own accord in order for him to correct him. It does not apply when the rebbe commands it upon his students to tell him if they know of a deplorable matter—even if the students are gedolei olam, the greatest of people. Regarding us (in modern times), it is not possible at all to consider it lishmah—with proper motives—even regarding adults, and certainly . . . regarding children.”

Rav Feinstein further states that it is wrong to punish children with bittul Torah. This is because the damage done through removing them from Torah is clear and present, whereas the benefit gained from the suspension is questionable.

Both Rav Moshe Shternbuch, author of the Teshuvos v’Hanhagos (Vol. I # 839), and Rav Shmuel Vosner, zt’l, author of the Shevet HaLevi (Volume X #162), on the other hand, seem to disagree with (or reinterpret) Rav Feinstein’s position. Rav Shternbuch explains that when the seriousness of lashon ha’ra is explained then there is no prohibition in the rebbe asking.

It should also be noted that in sefer Chofetz Chaim (10:17 footnote 43) there is indication that a melamed does have a freer hand when his intention is to correct.

In recent years, the problem has been somewhat mitigated due to the advent of video cameras. Now, a menahel could find out what he needs to know to ensure the prevention of spiritual corruption of the students through watching the video footage. Yet, nonetheless, the issue has not been eliminated and the question still arises quite often.

There are two other factors as well. The first factor is that, as a general rule, children do not feel comfortable being placed in such a position and can develop a longer-term resentment toward the Torah authorities for placing them in such a position. The second factor is that at times the child will think it is wrong and a violation of Torah values. Forcing a child to go against his family values is not good chinuch per se. This is why many poskim and parents try to follow Rav Moshe’s psak.

Every parent and child should check with his own rav or posek as to how to react in each situation and instruct his children to that effect. However, it is clear that if it is a matter of physical pikuach nefesh, even Rav Moshe would allow it. In this author’s view as to what might constitute exceptions to Rav Moshe’s guidelines are drug-dealing, heavy alcohol use, and eating disorders. The culture at each school may be different, and, even in general, schools and parents should check with their own poskim. The list is not exhaustive. n