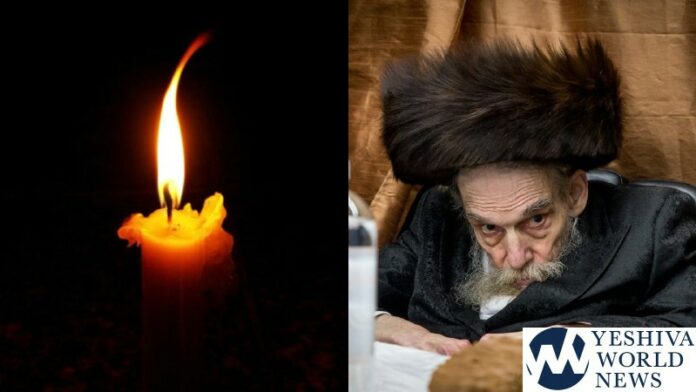 YWN regrets to inform you of the passing of the admor of Kavunas HaLev, HaGaon HaRav Shmuel Zev Lichter, zt”l. He was 85.

The Rebbe served thousands of followers in his position for over four decades.

Born in 1937 in Galicia to his parents, R’ Noach z”l and Mamal a”h, he escaped from the Nazis along with his family to America.

The rebbe married Rebbetzin Henya Kreindel, the daughter of the Krasna Ruv, HaRav Hillel Lichtenstein zt”l. The rebbetzin was nifteres in 2015.

After the petirah of his father-in-law, Rav Shmuel Zev was named Rebbe, with the kehilla being named Kavunas HaLev, after the Krasna Ruv’s sefer.

The levaya began at 10 am Friday morning at the Kavunas HaLev bais medrash on 43rd Street, with the kevura to take place in the Krasna Chelka of Beth Moses Cemetery.