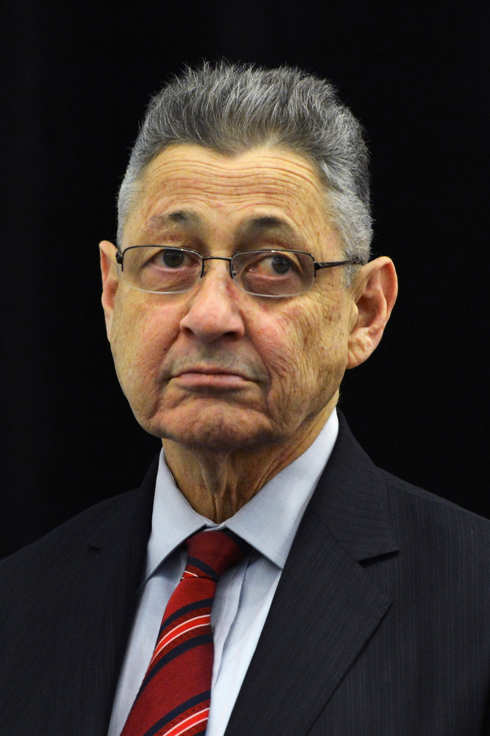 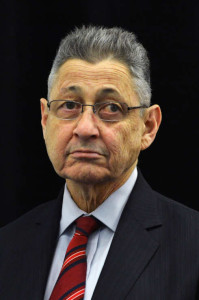 [This is an Op-Ed of the Five Towns Jewish Times]

Open any newspaper and you will see how far the winds of public opinion have turned against Shelley Silver. Preet Bharara is hailed as a hero as all seven counts that his office had filed against the former Speaker of the Assembly have resulted in guilty verdicts. Certainly, there is corruption in Albany.

But Albany alone does not have a monopoly on wrongdoing. Often, the very powers that are ensuring our protection from criminals, can endanger the carefully won and developed freedoms that the citizens of our nation enjoy. More and more, we are witnessing a situation where justice has been turned on its head. Our courthouses, prosecutors and bailiffs have become machines designed to produce convictions and the lucrative funds and penalties that these convictions produce.

Do you remember the Toyota case from last year? Bharara’s U.S. Attorney’s Office charged Toyota with one count of wire fraud for lying to consumers about two safety-related issues in the company’s cars, each of which caused unintended acceleration. Under the terms of a deferred prosecution agreement that Toyota entered into the same day that the information was filed, Toyota agreed to pay a $1.2 billion financial penalty.

$1.2 billion dollars is one huge, lucrative pot of gold. And for what? Wire fraud? As our children are wont to say, “Is that, like, a thing?” Did Toyota even know they were committing wire fraud?
But is it really true? Has our criminal justice system become a conviction machine? Are we experiencing a serious epidemic of government overreach? Should our system of how prosecutors conduct cases be overhauled?

Let’s look at some disturbing aspects of our current system.

• In our system of justice, FBI agents are completely permitted, indeed, encouraged to lie to potential underlings, partners or associates of those that they have chosen to target. They lie to them to encourage them to turn on other people up the totem pole in their corporation or just to go after bigger fish. They tell them that they are about to be arrested and that they can only get out of it if they turn in someone else.

• Our prosecutors have created a culture of the pervasive automatic assumption of guilt, and their every effort is conducted with that in mind.

• Prosecutors often creatively interpret laws in a manner that the alleged perpetrator was entirely unaware that he had violated anything – wire fraud and mail fraud being two cases in point.

• Prosecutors carefully court the media and, as a trial progresses, they often provide the interpretation of events that people read in the papers or watch on television.

The America of fair play that we all grew up with, unfortunately, no longer exists.

Prosecutors are no longer imbued with a love of justice – they are just out to win and to do so with a high conviction rate. The system has become some vast, gargantuan poker game, replete with bluffing, posturing, and threat-making.

But why would they do that? Why has our system so radically changed since the times of the Founding Fathers? Prosecutors want the biggest fish they can net. A great, lucrative, powerful position awaits prosecutors with a very high conviction rate – either in government or in the private sector. That is how and why this strategy of “turning people” has developed.

Our government is essentially engaged in threatening people to get them to testify against others – an act that would be massively illegal if it wasn’t being done by the government. Think about it. If I were to say to you, “I will burn your bush, or field, or house down – unless you testify against your neighbor,” shouldn’t I go to jail for that? And yet this is de riguer practice in all of these cases that we are reading about.

When people are turned or granted immunity they often “sing.” But as Alan Dershowitz once noted, “sometimes these witnesses not only sing – they compose.” The person threatened often has no recourse. If he does not do what he is asked to do, he will certainly be charged with something. And so, they sing – or compose. Some compose ever so slightly, but enough to get off a bit lighter. And enough to put the victim away. And enough to get the prosecutor a high conviction rate.

Businesses and lives have been completely destroyed on account of an overzealous prosecutor bent on gaining a high record of conviction. This says nothing of the devastating legal expenses, the time involved in defending oneself needlessly, and the loss of business and opportunity that the “pariah status” of being targeted by the U.S. Attorney’s office produces. Prosecutors can also be quite creative in what they will charge a target with. We now have such a prodigious amount of laws on our books that no one is immune from being guilty of something. This is especially true with anyone involved in the medical field or in any aspect of billing the Federal government. They want you to plead guilty to something – even if you are completely innocent.

But is there really such overreach? Just six months ago, Preet Bharara subpoenaed a website that allowed six comments to be posted that were critical of the fact that Ross Ulbricht was sentenced to life in prison without parole. The website had to turn over all the information about the comments and then Bharara issued a gag order on the website if they spoke about it. As a June 9th Bloomberg View editorial by Virginia Postrel pointed out, this harassment is just plain stomping on free speech.

Was what Shelley Silver did wrong? Probably. But did Bharara actually prove any criminal case? He certainly got his convictions, but did he prove the case?
A number of legal experts are claiming that he did not prove the idea of quid pro quo. In other words, Silver got referral money for asbestos cases, and he certainly got New York State to fund the anti-cancer research that the Colombia University oncologist in the case was doing, but Bharara did not produce any “smoking gun” of evidence that Silver had actually received “quid pro quo.” Did he get “this” for “that?” If he did, there was no evidence presented. People are just plain sick of Albany type politics and want to send a message. This was, it seems, conviction through popular sentiment and prosecutorial implication of guilt.

Silver’s defense attorneys asserted in court that no Assembly member can possibly have outside income without running into some form of a conflict of interest as an Assembly member. Were there conflicts of interest? Of course. This was proven. But although it is distasteful, did this break a law? The law, as it stands in New York State, is only broken if “quid pro quo” is proven.
Silver also had and received payment for “no-show” jobs, but they too – weren’t technically illegal. Currently, New York State allows outside income for state legislators. It may be ugly, but that is the plain truth.

Is there then a possibility that the convictions may be reversed on appeal? It may actually depend upon whether the appeals court judge has the strength of character to reverse convictions that were obtained through little or no actual evidence but rather through strong public sentiment. The appeals judge must look at the actual evidence and ignore the calls of the masses crying for the defendant’s head.
Is there actual evidence here? Many, if not most of those that have labored through the transcripts do not see it. Hopefully, the appeals judge will approach it with honesty and integrity. For if our system of justice has truly been retrograded into a conviction factory that is eventually rubber-stamped by an appeals process just going through the motions, then our system of government is lost – and we are all in trouble.