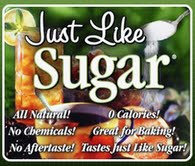 ‘Just Like Sugar’ sweetener, now for sale in Israel (http://www.justlikesugarisrael.com/) leaves a very bitter taste in my mouth.

The company a number of years ago had a hechsher, which has long expired, and now dares to post fraudulent kashrut certificates on its website to dup the Israeli public.

I spoke with the rabbonim at Chatam Sofer Petach Tikvah, who checked into the faxed copy of the certificate I sent them, which they state had expired in 5765, five years ago. They told me in no uncertain terms that they are not responsible for any of the company’s products after 5765.

I also was in contact with Rabbi Rafi Yochai of the Chief Rabbinate of Israel Fraud Division, who checked the Chief Rabbinate document for me as well, which I was almost sure was a fabrication. He confirmed my suspicions and he promised his office is getting on the matter ASAP.

I was aware that R’ Yochai could check the Rabbinate computers and get to the bottom of things a lot quicker than I, which he did, in a matter of a few hours.

The item did have a Chief Rabbinate import authorization at one point, which expired on December 31, 2008.

In short, they took the old certificates, forged the dates, copied, pasted, posted and now, seek to make big money in Israel. Please spread the word. DON’T buy ‘Just Like Sugar’ because it is anything but sweet.

Baruch Hashem, we nabbed these guys but as we saw with the Campbell’s soup alert of last month (http://www.jerusalemkoshernews.com/2010/01/update-on-campbell%e2%80%99s-vegetable-soup/), some importers are simply willing to slap a fraudulent Chief Rabbinate sticker on an item for profit, and we must learn to spot these frauds and put them out of business.