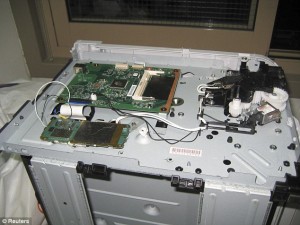 A small synagogue dedicated to serving Chicago’s “Toieva” community was one of the destinations of two packages intercepted abroad packed with explosive material, a co-president for the house of worship said Saturday.

Or Chadash, a congregation of about 100 people, held its Sabbath services Friday with security out in full force.

“It was unnerving, [but] we carried on as normal,” Or Chadash’s co-president, Lilli Kornblum, told CNN.

“We do always have security when we have congregational events, however last night Chicago police were in much, much higher visibility,” she said. “And we were on higher alert for people we don’t know or anyone who might be carrying backpacks, packages, that sort of thing.”

Kornblum said Or Chadash was notified that it was a potential target by the rabbi of Temple Emanuel – another synagogue from which Or Chadash leases space – who received word from authorities. Temple Emanuel, however, was apparently not a target.

Chicago FBI spokesman Royden Rice would not confirm or deny that Or Chadash was a target.

“We notified both targets yesterday,” Rice told CNN Saturday. “We always notify potential victims of crime. If they wish to reveal who they are, it’s up to them.”

Kornblum said that Temple Emanuel had reportedly seen an increase in traffic on its website from the Middle East in recent days.