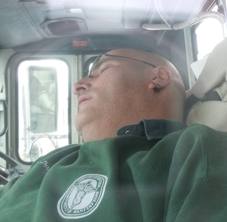 The City Council plans to bombard Bloomberg administration officials on Monday with questions about why the city did not declare a state of emergency during the crippling blizzard late last month.

At an oversight hearing, council members will try to discern why top officials decided against such a measure, which would have given the city greater power to clear roads of parked cars and make way for plows.

The Council will also ask whether city regulations should be changed to bar New Yorkers from driving during snow emergencies, according to a 12-page list of questions prepared by the Council and provided to The New York Times.

Christine C. Quinn, the Council speaker, said the decision not to declare an emergency was at the center of the inquiry into the city’s sluggish response to the storm on Dec. 26 and 27, in which, by some estimates, 20 inches of snow fell.

“There’s a lot of evidence out there that indicates that that would have been the much wiser course of action,” Ms. Quinn said in an interview on Sunday. “New Yorkers deserve information.”

The Council submitted the questions to Mayor Michael R. Bloomberg last week in hopes of gleaning basic answers and data to inform its questioning on Monday, Ms. Quinn added. “We sent this to the administration so that they don’t show up and say, ‘I’m sorry, we’ll get back to you,’ ” she said.

Mr. Bloomberg and his staff have been heavily criticized for not moving more quickly to clear streets in the aftermath of the storm, causing ambulances to be delayed and leaving New Yorkers stranded by mountains of snow.

The hearing on Monday promises to be one of the most explosive political events of the year, with the mayor’s top deputies set to face off against Council leaders.

On Saturday, Mr. Bloomberg summoned Council leaders to Gracie Mansion for breakfast in hopes of setting a civil tone for the hearing.

Ms. Quinn said that Mr. Bloomberg was “frank, honest and not defensive,” and that he repeatedly acknowledged that the city’s efforts had fallen short.

In a statement, Stu Loeser, a spokesman for Mr. Bloomberg, said, “The mayor has made it clear that the snow response was unacceptable, and we look forward to outlining for the Council changes we’re making to deliver the kind of service people have come to expect from us.”

Councilman Jumaane D. Williams of Brooklyn, the chairman of the Oversight and Investigations Committee, said he would press to uncover who was in charge of coordinating the city’s response to the storm.

Mr. Bloomberg has refused to detail his whereabouts in the run-up to the storm, and several of his top aides were out of town for the Christmas holiday.

“There were clearly mistakes we have to fix,” Mr. Williams said. “What information did the mayor have, when did he have it, and who made certain decisions?”

Mr. Bloomberg has said that declaring a snow emergency could have created confusion and resulted in more abandoned cars. Yet doing so would have allowed the city to prohibit vehicles from parking on more than 300 designated streets — and to ticket or tow violators.

Much of the questioning will focus on the response of the Sanitation Department, which coordinated the plowing effort. Federal prosecutors have opened an investigation into whether disgruntled sanitation workers sabotaged the cleanup as a response to the demotion of supervisors and to pad overtime.

The union representing sanitation supervisors indicated on Sunday that, on the advice of lawyers, its leaders would not testify at the hearing on Monday.

While council members plan to ask about the possibility of misconduct, they will also press for details on whether workers were adequately trained, if there were enough of them, whether the Christmas holiday hampered the effort and whether the city recently changed its protocol describing where workers should be stationed during a storm.

“The threshold question is why wasn’t the snow plowed efficiently or in a timely manner?” Ms. Quinn said. “Why was the snow left completely untouched on many blocks for three or four days?”

Another focus of inquiry will be the city’s emergency services. During the storm, ambulances were stuck in snow, and at one point there was a backlog of 1,300 emergency calls.

The Council is seeking to discern how many of those calls included people who showed symptoms of choking, cardiac arrest or other life-threatening conditions. Lawmakers will also try to find out why ambulances were not equipped with chains.