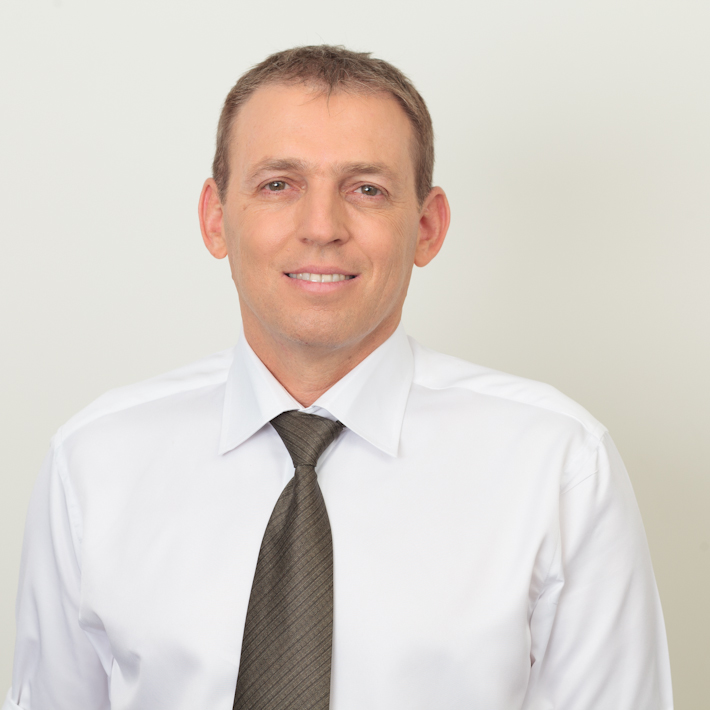 Real estate prices in Yerushalayim will continue to soar, predicts Yaron Spector, one of Israel’s leading real estate economists and appraisers. “If you have an apartment in Yerushalayim,” he says, “values will continue their upward momentum.” In a far-reaching interview, Mr. Spector explained the dynamics for growth in Israeli real estate, particularly singling out Jerusalem Estates as a “prize investment.”

What is the economic logic behind the ongoing increases of real estate prices in Israel and in Yerushalayim in particular? How is the new fast rail from Yerushalayim related to the increase in property values? What are the most desirable apartments in the city?

It is no secret that the Minister of Finance went to great lengths to lower housing prices in Israel. Despite his efforts, prices not only failed to come down; they continued to increase. A random survey of prices in various regions of the country yielded some amazing data. Housing prices increased by 10%, in Tel Aviv in just two years (2014 -2016); Bnei Brak was even higher; and many other cities throughout the country also experienced double-digit growth during that period.

Prices are not coming down even with government intervention because there is a real shortage of property on which to build on, particularly for the private sector. The government owns large tracts of land but sells it only to a small segment of the population as part of its housing initiatives. As a result, the cost of private land has skyrocketed by 20% nationwide. Obviously, this directly effects housing prices.

Yerushalayim too has seen a spike in prices although not as dramatically as in other areas. This increase is very significant since the base prices are already higher than in other areas. As an example, the average price of a four-room apartment in Yerushalayim is close to NIS 1.7 million ($468,000). In 2006, the price of an average apartment in the city was NIS 796,000 ($219,000), which means that prices have more than doubled. The efforts by government to suppress housing prices are obviously not working.

If we look at the numbers, it becomes abundantly clear that prices are on the way up. When the Office of Assessors conducted a review of prices a few months ago, they surveyed16 major cities in Israel. In each case, real estate prices were projected to increase over the same quarter just a year ago. This is another example of how the reforms instituted by the Finance Ministry have not been successful in lowering prices.

In the past year, there were several major auctions where apartments were being offered for as much as NIS 200,000 ($55,000) below the original price. One would think that this would result in a tanking of market prices, but it too had no effect. In fact, the Minister of Finance ordered a lowering of prices of government land which turned out to be a bonanza for many people who could otherwise not afford to own a home. It would appear that this action would result in a general decline of market prices, but this too did not stop the upward trend. One can only imagine that once the public auctions end that it will send prices skyrocketing.

There are hundreds of new housing units that are currently being built in Yerushalayim but it still does not come close to meeting demand. Thus, there is no expectation that prices will come down any time soon. In fact, the opposite is true. In the past few months, housing prices have risen once again. There is no prospect for a downturn unless there are dramatic developments in the country such as rising interest rates, regional conflict, or a recession. It is also clear that prices in Yerushalayim have not plateaued and have not even reached prime real estate prices in some areas ofTel Aviv, for example, where the price of an apartments is NIS 50,000- 60,000per square meter ($1,370 – $1,640 per square foot!).

Yerushalayim also has the advantage that many foreign residents prefer to buy in the city in the hope of living there in the future. Take Romema, for example, with a population of over 6000 people, where only 84% were born in the country; the rest came from Europe and the United States. Bayit Vegan has a population of 19,222 people with only 69% being Israeli-born. There is a huge demand for housing in Yerushalayim, particularly as more Jews flee anti-Semitism in different parts of the world, particularly Europe. We are witnessing the Aliyah of many young couples who in turn are the magnets for their parents to join them. There is a huge demand among new immigrants to live in Yerushalayim. They want higher quality residences than those available in the city’s older apartments. Many of them can afford to pay more and are thus responsible for the higher prices.

The city is also in the midst of a major redevelopment program, which again is responsible for the higher prices of housing. There is much development along the route of the light rail including housing, hotels, and commercial projects. The Municipality of Yerushalayim is in the midst of a world-class development program that includes many public transportation improvements and even high-rise residential projects. Next year a new fast train to the center of the county will be launched.

There is a big difference between the “price” and “value” of an apartment. You can price a 3- room apartment as a place to live in but then that very same person can place a higher value on such an apartment if it is in close proximity to his parents. I know someone who bought a 5- room apartment in the Jewish Quarter with a view of the Kosel Hamaravi. On the surface it was much like any other 5-room apartment in the quarter but because of the view, its value was much higher. When we consider many projects in Yerushalayim that are heritage sites, they too are higher in value. I know of an American Jew who bought three apartments in Jerusalem Estates for NIS 19 million and I am not surprised. What he bought was an unprecedented luxurious lifestyle in a building that preserves the heritage and history of the buildings in the Schneller Compound. It is therefore not possible to compare the price increase of an average apartment as compared to such unique premium apartments, so many of which exist in Yerushalayim.

Yerushalayim is also an ideal city for investors since they can ostensibly rent out the apartments for a hefty price. Despite the fact that government regulation restricts investment (as opposed to taking up residence) to 36%, it amounts to 23% for foreign residents, which is huge. While there has been a decrease in the number of investors, the opportunities for investing in luxury properties has only increased. The luxury development has attracted investors in such areas as Romema and now Geulah. In Romema, one was able to buy real estate at approximately NIS 12,000 per square meter; today NIS 27,000. No one would ever have believed that prices would double in those neighborhoods.

For an investor in Israel, real estate still offers the best return on their money. With high taxes, profits are often eaten up in other investments but in real estate the value is always there. When we speak of value, there is none better than the luxury project Jerusalem Estates which is now under construction in nearly 2 acres of land in the 150-year old Schneller Compound with its magnificent park in the center. It is near the mythological neighborhoods of Geulah and Mekor Baruch. Designed by the world-acclaimed architect Yehuda Feigin, it towers over the adjacent neighborhoods and yet offers a pastoral and pristine landscape that is unmatched anywhere in the city. 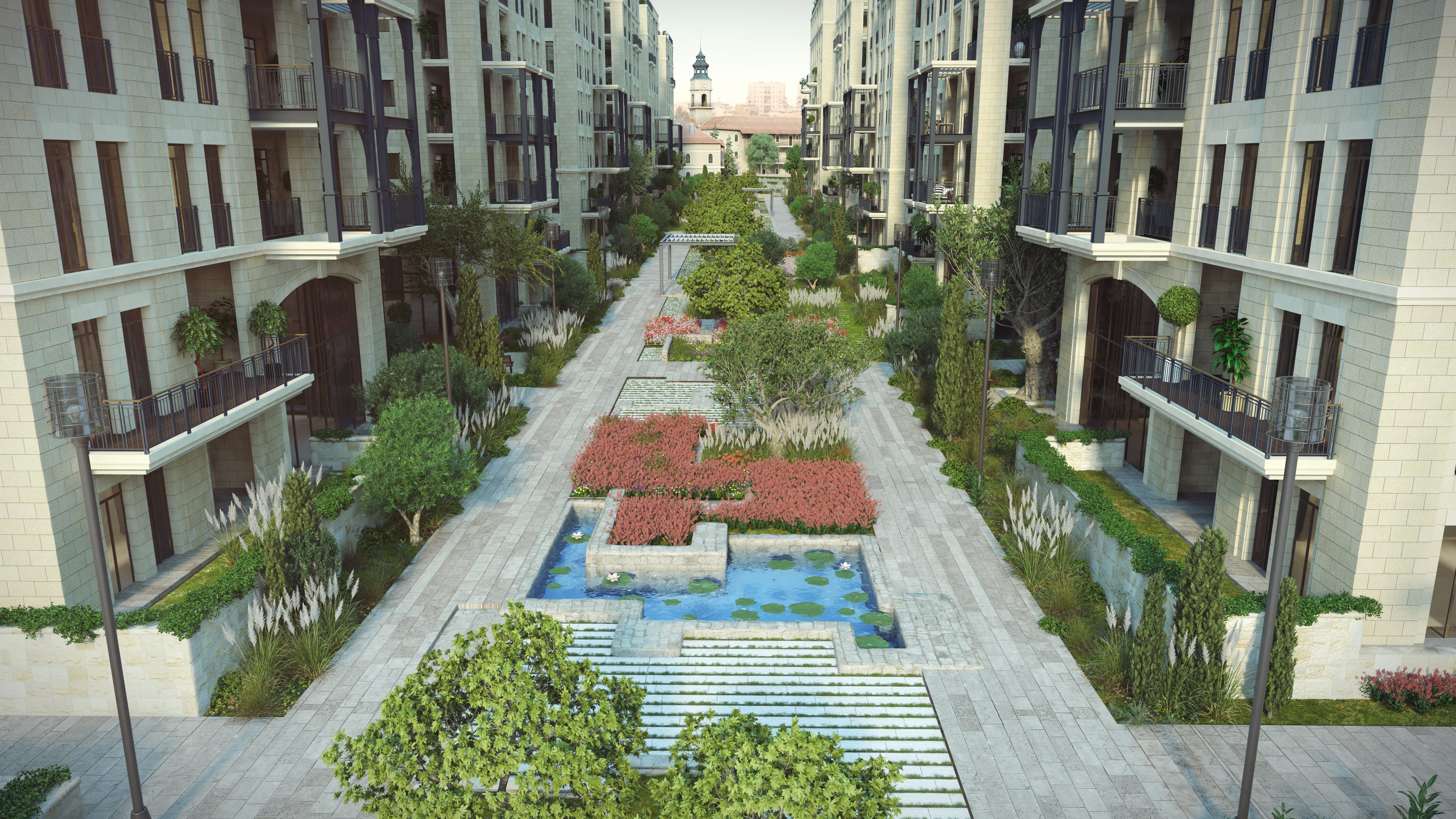 Jerusalem Estates is a unique project because there simply is no other similar enterprise to compare it to. This is not only a project that is in the center of the city and Jewish life; it includes landmark buildings that have been preserved over time. Jerusalem Estates is a very expensive project that is not for everyone, particularly in the Charedi sector, which is the target market. I am particularly excited about the underground parking and bypass access to the main roads. I believe that making it a secluded and private estate and not allowing any vehicles on the grounds was a proper decision. People who invest in such a project want the peace and tranquility they deserve. Another wise decision was to upgrade the standard of construction to unprecedented proportions. All in all, these nuances will make this a superb investment property of high value that is only destined to increase.