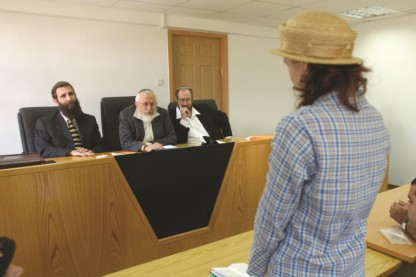 Chareidi lawmakers are working to legislate a bill that would disqualify the recognition by the state of Reform and Conservative conversions. The bill also address non-recognition of private frum conversions, such as the beis din of HaGaon HaRav Nissim Karelitz Shlita.

The bill was submitted to Knesset on 14 Iyar, stating the only conversions that may be recognized are those performed by state institutions, namely the Chief Rabbinate of Israel. While clearly there is no issue with giyur from Rav Karelitz, the chareidi MKs are aware all private conversions must be disqualified to prevent opening a door to Reform and Conservative and not appearing to discriminate in favor of private religious giyur.

The bill is part of efforts to circumvent the 2016 High Court ruling pertaining to recognizing private Orthodox conversions for non-Israeli nationals regarding eligibility for citizenship under the Law of Return. The ruling compelled the Interior Ministry to recognize private Orthodox conversions, entitling these converts to all benefits under the Law of Return.

It is pointed out that today, while the Interior Ministry recognizes Reform and Conservative conversions for registration as “Jewish” in the population registry, it is insufficient for one to receive citizenship.