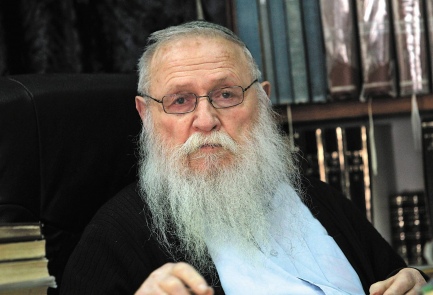 Perhaps the most audible voice opposing Lieberman is senior dati leumi posek Rabbi Chaim Druckman Shlita, who questions why Ohr Etzion is being shut down while the military academy in Haifa, which is not religious, is being permitted to continue operating.

Rav Druckman said “This is an injustice and I speak out against injustices”. He went on to explain that when former Defense Minister Moshe Ya’alon announced his plan to shut the military academies, “I had nothing to say but you seem to be okay with the non-religious one, just not the religious school. I cannot believe we have come to this. I came to shout in response to this injustice”.

MK (Bayit Yehudi) Moti Yogev was also heard expressing disapproval of Lieberman’s decision during the Knesset discussion and stated the move must be blocked, rejecting what he views to be a strictly discriminatory move against the religious school. He was quick to add that about 65% of the graduates of Ohr Etzion continue a career as IDF officers.

Yogev adds that the argument the decision is strictly a budgetary one “doesn’t hold water”, going on to explain the Knesset Foreign Affairs & Defense Committee is planning to allocate 20 million shekels in the coming five years while the academy in Haifa will receive 100 million shekels during the same time period. Yogev explains Ohr Etzion requires only six million annually.

Bayit Yehudi MK Shuli Muallem joins the voice defending Ohr Etzion, echoing MK Yogev’s words. She explains “Let’s put our cards on the table. What really bother you is the fact that five brigade commanders are from Ohr Etzion. The decision is part of the ongoing battle against the IDF becoming religious.