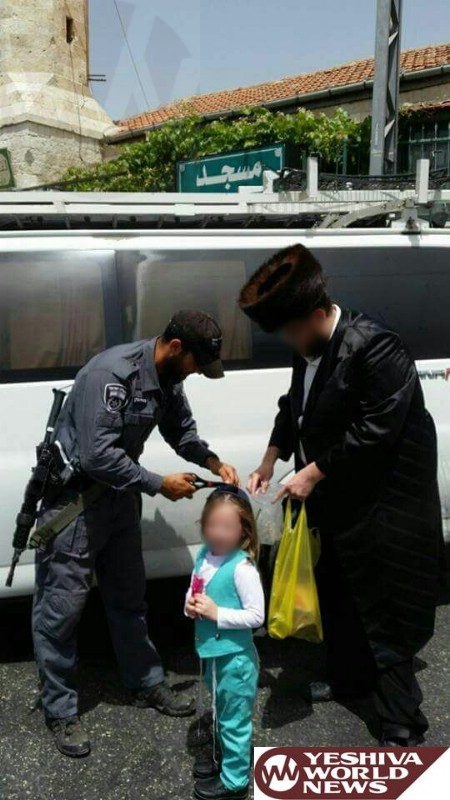 “Abba, I want the policeman to cut my hair too” said the three-year-old to his dad on Lag B’Omer at Kever Shimon HaTzaddik in Yerushalayim.

According to a Jerusalem spokesman’s report, the officer was on hand protecting the holy site as many children were getting their upsherin. The policeman did cut some of the little one’s hair. The child gave him a bracha, that he should everything good in the world and he and his colleagues, policemen, do their utmost so everyone may have good save lives”.

The child’s father thanked the policeman, adding his bracha for policeman who places himself on the front line to protect citizens, thanking him for his ‘avodas kodesh” that he and his colleagues are engaged in.