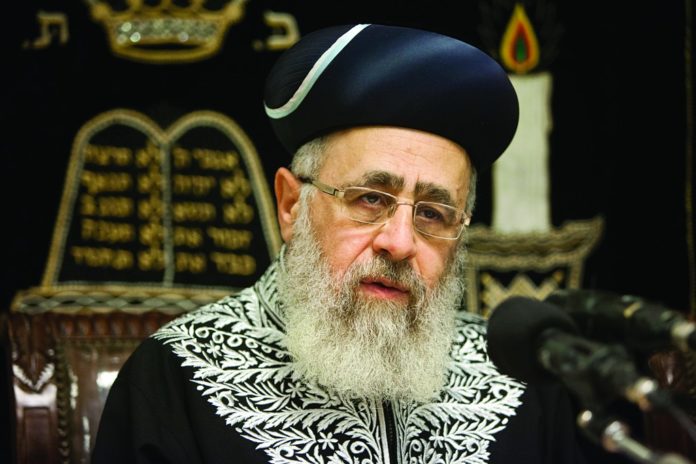 While Bayit Yehudi is trying to offer a compromise regarding giyur, Rishon L’Tzion Rabbi Yitzchak Yosef Shlita spoke out against all such efforts.

Rav Yosef continued, “The attempts of the Reform and Conservative movements to bring non-Jews in via the back door and to bring about the assimilation that has already occurred in world Jewry will not work.”

Rav Yosef explained that while Bayit Yehudi is trying to find a compromise to the Giyur Law, everything must be done to sabotage those efforts. Rav Yosef further stated, “Israel is the only country of the Jewish People and we must safeguard this and fight assimilation with all our might for this eventually leads to the spiritual destruction of the Jewish People”.