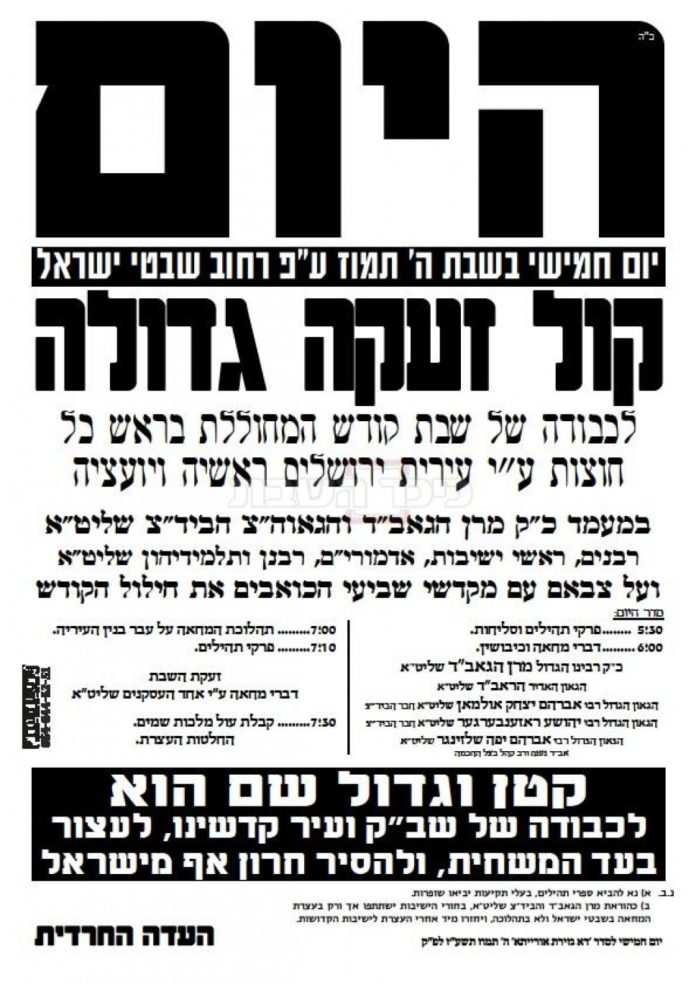 The Eida Chareidis-sponsored protest against Chilul Shabbos will take place on Thursday evening 5 Tammuz, near City Hall and on Shivtei Yisrael Street. Gavaad Eida Chareidis HaGaon HaRav Yitzchok Tuvia Weiss is expected to participate as is Eida Chareidis Ravaad HaGaon HaRav Moshe Sternbuch and other members of the beis din.

According to Eida askanim, there are no less than 225 stores and businesses operating in Jerusalem on Shabbos and this is unacceptable.

According to the advertised schedule, the event will begin at Shivtei Yisrael Street corner of HaNevi’im Street at 5:30PM with Tehillim followed by the address from Rav Weiss. The event will continue until 7:30PM at which time there will be kabolas Ohl Malchus Shomayim.